The first half was, literally, breathe taking. Court play swung back and forth at a rapid pace with both teams running the length of the court and holding stoppage time to a minimum. Fast breaks set the game’s pace, both defenses played tight, turnovers were abundant and perimeter shooting dominated the scoreboard. The half time score, a low 26-24 with Gonzaga leading Mater Dei, reflected the tight game play. END_OF_DOCUMENT_TOKEN_TO_BE_REPLACED 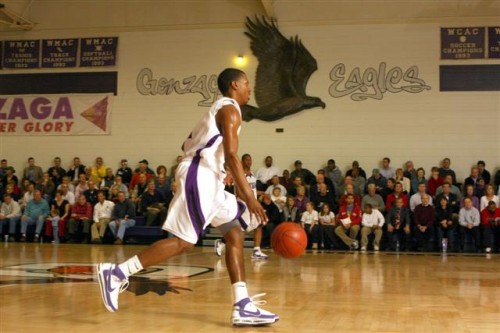