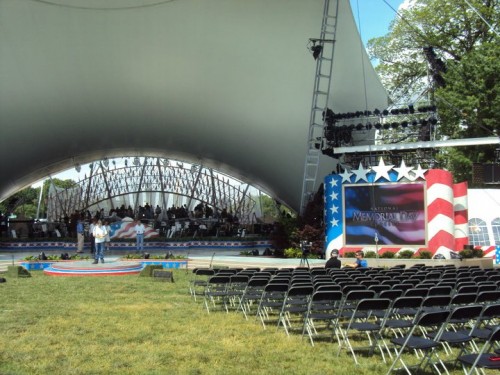 A few of the musical acts including American Idol winner Kris Allen, word renowned classical vocalist Hayley Westenra and Grammy award winner Yolanda Adams took a few moments to speak with We Love DC in between their rehearsal sets the day before the live show. The west lawn of the Capitol played the perfect backdrop  to an event unique to the District and the performers involved were more than grateful for being an active part of this live tribute to our Armed Forces. END_OF_DOCUMENT_TOKEN_TO_BE_REPLACED