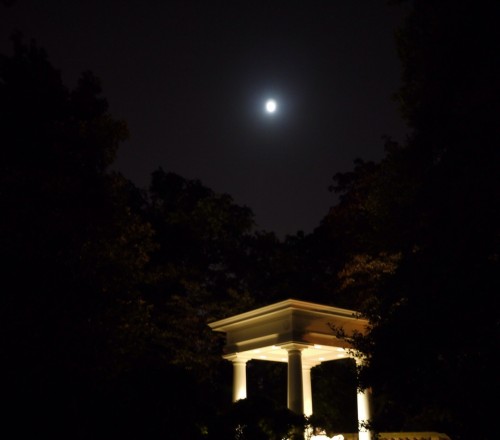 The Japanese traditionally enjoy Otsukimi (moon-viewing) on the night of the full moon in autumn. Centuries ago, Otsukimi was introduced to Japan from China, though as it spread throughout the land it was modified to include native Japanese products. The Japanese typically make offerings to the moon of autumn fruits and vegetables, odango (rice dumplings) and susuki (Japanese pampas grass) to give thanks for the year’s harvest.

Approximately 125 people attended this year’s event, hosted by the Japan-America Society of Washington, DC and the Textile Museum earlier this month. Perfectly clear skies, comfortably cool temperatures, and an atmosphere of serene enjoyment were to be had in the Textile Museum’s lovely moonlit garden. Contributing to the ambience were calming traditional Japanese tunes of koto (Japanese stringed musical instruments), including an homage to the “round, round moon.” END_OF_DOCUMENT_TOKEN_TO_BE_REPLACED