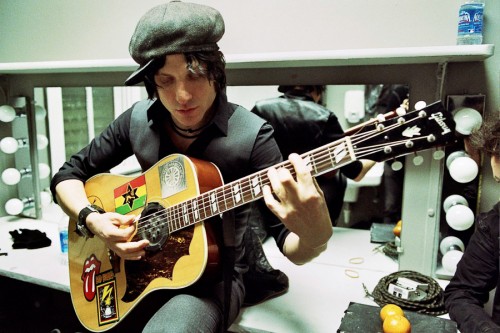 Jesse: Yeah, I started when I was twelve years old, we did the audition night at CBGBs. Monday nights were the audition nights, and me and all my friends from Queens, New York drove in and piled up in cabs and cars and we did the audition showcase. We ended up starting a band called Heart Attack, doing a few records til I was sixteen, doing some touring, that kind of stuff. END_OF_DOCUMENT_TOKEN_TO_BE_REPLACED