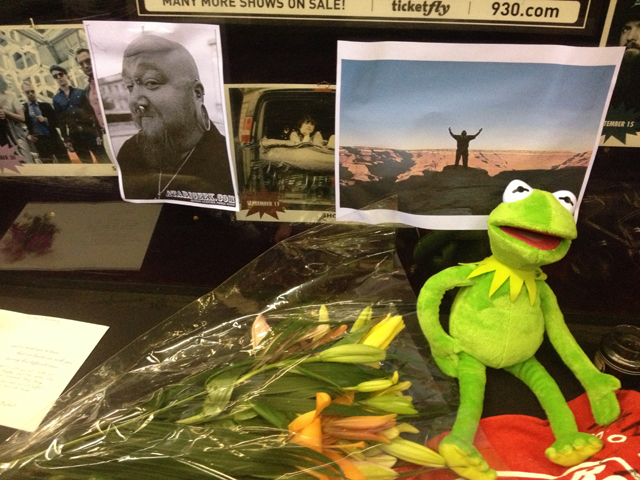 END_OF_DOCUMENT_TOKEN_TO_BE_REPLACED

Regulars of the music scene in Washington, DC, awoke to shock Monday morning — an important face among them was among them no longer.

Josh Burdette, popularly known as “That Guy at the 9:30 Club,” passed away of unknown causes, apparently sometime late Sunday night. A spokesman for the 9:30 Club confirmed his death in a posting on the club’s website forum at 7:13am Monday morning.

For many attending concerts at the 9:30 Club, Burdette was an integral part of the experience. The man’s imposing figure and his many tattoos and piercings made him impossible to miss. But instead of being scary or weird, Burdette was simply nice.

In 2006, Burdette explained his attitude toward his work to Chris Richards of The Washington Post:

“It’s really a customer service job. We’re the face of the club, and we have to do our best to be as friendly, polite and accessible as we can. It’s not an us-versus-them mentality here — we want to avoid that antagonism. If you need our help, ask us. Some of us look big and scary, but we’re just people, too. We’re just working our jobs. Then on the rare occasion when we have to do something more on the security end of things, we’ve already established that we’re there to help.”

END_OF_DOCUMENT_TOKEN_TO_BE_REPLACED You may be surprised at who we picked. END_OF_DOCUMENT_TOKEN_TO_BE_REPLACED