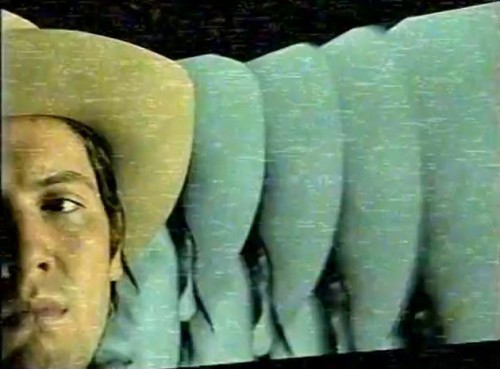 You may not have heard the name Blake Mills before, but there’s a good chance you’ve hear his playing. As one of the most in-demand session guitarists in Los Angeles he has recorded with Weezer, Jakob Dylan, Danger Mouse, Rick Rubin, Norah Jones, Andrew Bird, and many others. He has toured with Cass McCombs, Lucinda Williams, Jenny Lewis, Band of Horses and Julian Casablancas. He recently contributed a cover of the song “Heart of Mine” for the Amnesty International tribute to Bob Dylan. He recorded a solo album Break Mirrors in 2010, and though it was never formally released, it gained a cult following among friends and people in the know.
He is currently on tour opening for Fiona Apple, as well as playing guitar in her set. He’ll be at the Warner Theater tomorrow night, so if you’re going to see Fiona Apple, make sure you get there early to catch Blake’s set!
We Love DC got the chance to chat with Blake during a break in his busy schedule, and here’s what he had to say. END_OF_DOCUMENT_TOKEN_TO_BE_REPLACED My first exposure to Washington D.C. was in 1982 as a side stop on our family’s trip down to see the World’s Fair in Knoxville, TN. On that trip we did the National Aquarium in Baltimore and the National Zoo in D.C.. I remember vaguely, the trees being more plentiful and taller, however I’m also a yard taller now, and they seem now, just a bit shorter. I’m still surprised I remember something from over 26 years ago, but D.C. had that kind of effect.
END_OF_DOCUMENT_TOKEN_TO_BE_REPLACED