The Caps managed to score twice on just 21 shots, but it was enough to make Holtby’s heroics count. Alexander Semin scored the game winning goal on a power play. END_OF_DOCUMENT_TOKEN_TO_BE_REPLACED The fan base of the Montreal Canadiens, the opening round foe for our beloved Capitals, has gained a little infamy in recent playoff memory: a vocal minority has been heard at games hosted in the Bell Centre booing the Star Spangled Banner when played before the puck drops.

There are two options here now that the series has returned to D.C. with the Caps just one win away from the next round. Some misguided folks may think it’s appropriate to mirror the response during the Canadian national anthem. However, this wouldn’t exactly be a great mark on the District, and a completely childish way to act. Please note that the better option is a heck of a lot classier, and Russian Machine Never Breaks is hopeful that we’ll get it right:

I have a feeling the Caps fans in attendance on Friday will do the right thing.  They might even follow the example of the much-loathed Boston Bruins fans, who faced the exact same situation a few years ago. 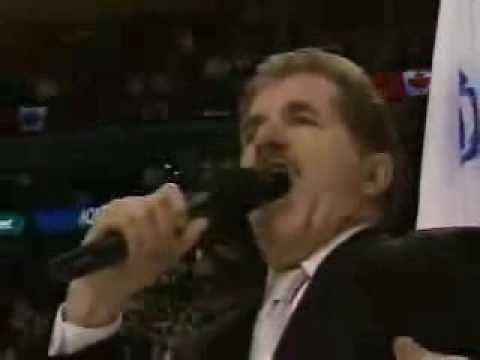 So go this evening and Rock the Red. Cheer the Caps to a series win as loud as you can. Just remember that your friends here at We Love DC ask that you do so with class, especially during “O, Canada.” Word from the NHL Head Office: Donald Brashear is going to be sitting out the next six games, whether they’re playoff games or regular season.

The punishment is actually for two incidents: Brashear got tagged for a one-game suspension from his pre-game shove on Colton Orr during the warmups, and a whopping five games for his “blind-side hit” on the Rangers’ Blair Betts midway through the first period. The league determined the crushing shoulder hit was delivered late and targeted Betts’ head. Betts left the game with a broken orbital bone and won’t be at Tuesday’s game at the Verizon Center.

The suspension is the latest in a bunch of issues between the two teams during a crazy Quarterfinals series; the most recent shenanigans saw Rangers coach John Tortorella suspended from Game 6 due to an altercation with a fan here in DC. Fortunately, the drama all comes to a head tomorrow night with Game 7; the winner moves on, losers go home.