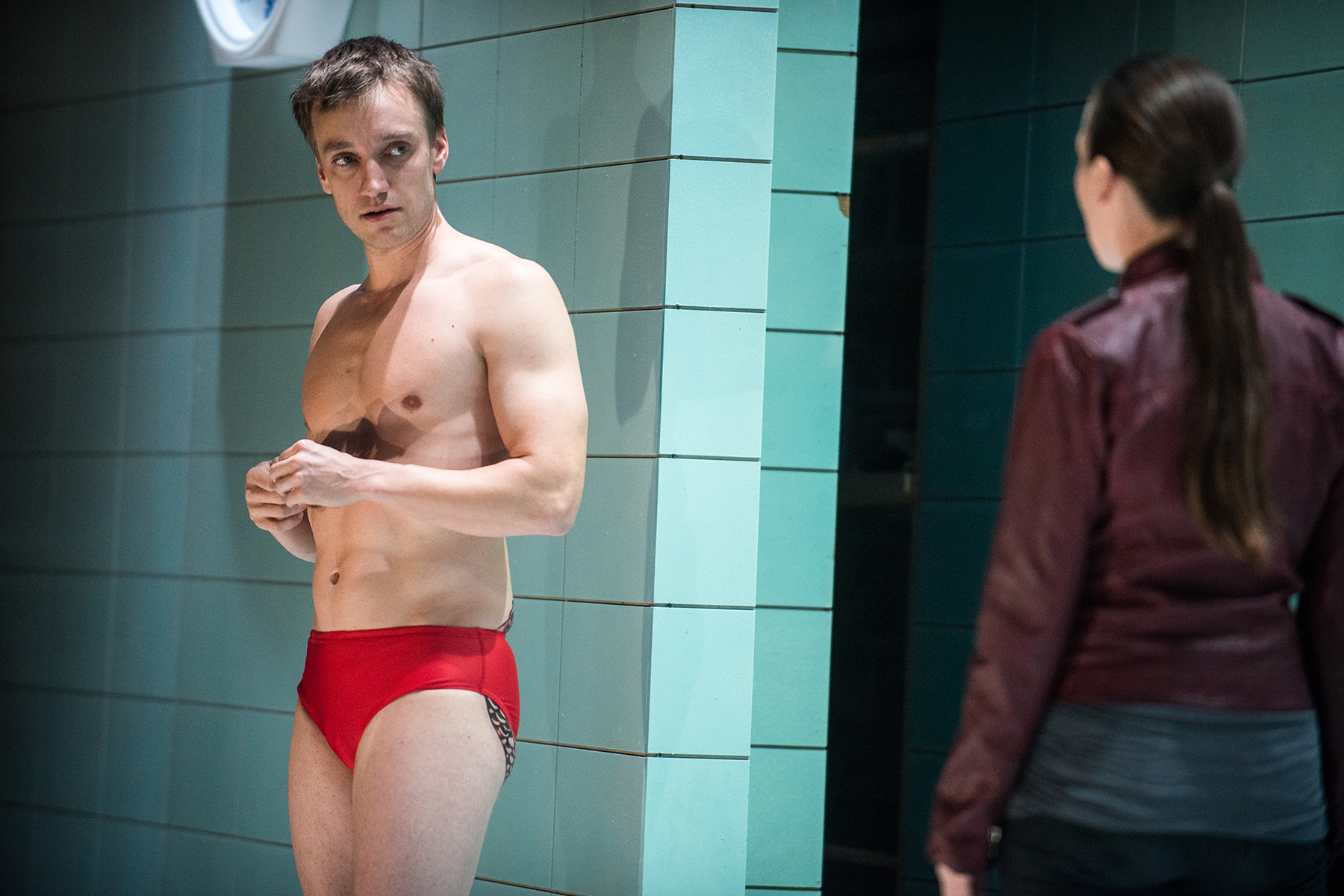 Chlorine. It’s an unmistakable, pervasive odor that greets audience members climbing the stairwell up to the Studio Lab’s production of Red Speedo. It’s one of those scents that taps instantly into memory, permeating everything. For some it brings to mind the leisure of a summer swimming pool, for others the heady competition of swim meets. Here it’s the latter that’s being evoked, and with it, a dose of ethics. There’s a queasy sensation that rises up when your sense of what is right is pitted against your sense of what is wrong. In the heat of competition, moral and physical fiber can be in opposition.

Red Speedo dives into a pretty deep pool of complex arguments, and in doing so owes a great deal to Greek drama, both in its format and in its unabashed way of piling on those arguments ever higher. From the first segment, when a lengthy monologue gives way to a staccato two-character exchange, to the final striking betrayals, it has a Sophoclean air. Lucas Hnath’s play is having its world premiere at Studio Theatre’s Studio Lab, and with all tickets at twenty dollars it’s well worth the eighty minutes of heavy moral quicksand. For the most part, Hnath sticks to scenes between two characters as they continually delude themselves and each other through dilemmas that warp the moral compass. Over it all, that whiff of chlorine heightens the queasy feeling right to the end.

Unless you love the smell of chlorine. In which case, the ends may justify the means. Who can say? It’s that kind of play.  END_OF_DOCUMENT_TOKEN_TO_BE_REPLACED