Details on Daryl Hall and John Oates, The Naked and the Famous, Islands, Sparks and more after the jump. END_OF_DOCUMENT_TOKEN_TO_BE_REPLACED 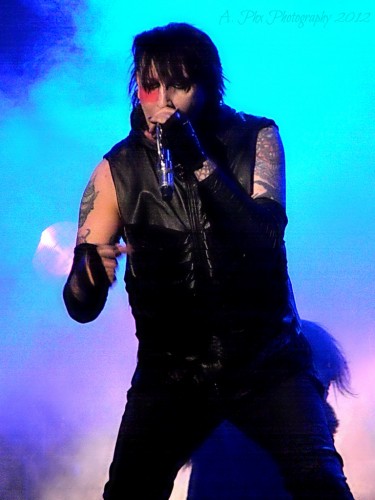 Their set was musically strong- Manson himself still has energy, stage presence and rockstar mojo to spare, and thankfully Twiggy (sometimes bassist, now guitarist, and major songwriter for the band) has rejoined the group after a hiatus in the early 2000s (which involved stints with A Perfect Circle, Nine Inch Nails, and The Dessert Sessions). However, having seen them in the height of their fame, while they were riding high on the shock-rock infamy which used to surround them, Tuesday night’s show seemed like mainly old tricks. It was also shorter than one would expect (15 songs, just over an hour-long set) from a band who has been around and active for as long as they have, with as large a catalog as they have. END_OF_DOCUMENT_TOKEN_TO_BE_REPLACED