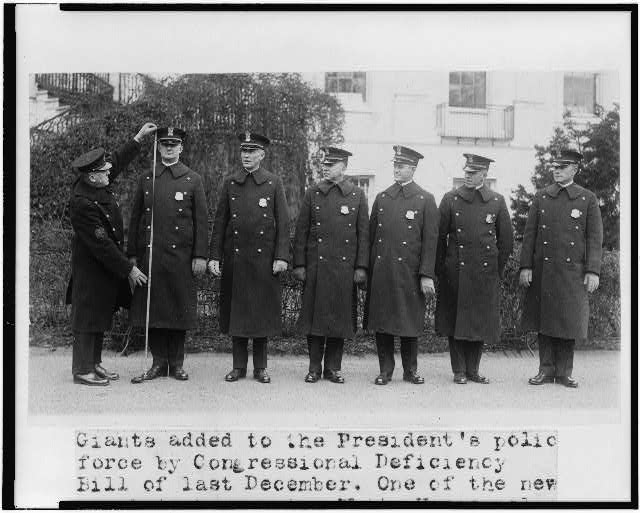 This week’s throwback photo illustrates that even tall people (6’+) can get the short end of the stick. Before 1925 men 6’+ couldn’t join the President’s police force, but eventually were allowed to protect our POTUS despite their “giant-ness.”