Marion Shepilov Barry, Wayan would have you know.

Love this gift or hate it, you can put its inclusion in this list all on me. Our illustrious Cap’n Tom suggested replacements on several occasions but I pushed for keeping him in. It’s not out of some great love for MSB, lord knows, but my belief that some gifts pain the giver as much as they enrich the recipient.

To explain my reasoning for wanting MSB to be in our 7 gifts, let me tell you a story from about a decade ago when I was still living in Miami and my father had taken a job in New Orleans. Every time I spoke to him he’d ask me what fun was going on with the Miami political scene. I finally asked him, “Why do you keep asking about the Miami politics? New Orleans practically invented government corruption. I’d think you’d have better material there.” My father strongly disagreed, and said something on the order of “Watching New Orleans corruption is no fun compared to Miami. Here they’re actually good at it.”

That’s Barry’s primary appeal to me. His scandals aren’t dull stories of influence peddling or shunning firms that don’t have the right makeup of political party allegiances; they’re hotel rooms, drugs and “bitch set me up.” I’ve been here in the DC area just under five years but if you’d come to me on the day I got here and asked me to say the first phrase than came to mind when you said “Marion Barry” that would have been exactly what I’d said: “Bitch set me up.” 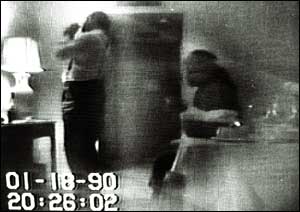 On its own that might not make the list but the fact that the hits keep on coming raises it to Art. Barry brings us the thrill of the train wreck where the sound of screeching metal never seems to fade. He’s the energizer bunny of political tomfoolery, and that longevity has made him a national figure rather than just a local one. Do you expect to see Mark Foley back in Congress in two years? No, and nobody’s even made a move to put him in jail at this point as far as I know. Barry went up the river and within 2 years, BAM, he’s back running for city council. And winning. Two years later, mayor again. That’s the gift that keeps on giving, folks. Leno and Letterman ought to send him royalty checks.

This post appeared in its original form at DC Metblogs
All the stumbles aside, Barry is an interesting character. Older Post profiles paint a picture of a man with a mission and a thoughtful and practical one to boot. When he was first elected Mayor in 79 – only the second one DC had elected at that point – he said “There’ll still be people in 1982 who don’t have enough money to pay their rent, who don’t have adequate housing, who don’t have jobs, who don’t have a doctor during their pregnancy. But there’ll be less of those people in 1982, if I have anything to do with it – which I will – than in 1978.” But that’s our Marion Barry, someone who got three endorsements from the Post, each more cautious and conditional than the one before. That’s the Barry who does the day to day work and maybe squandered a promising possible career in public service, not the one that people far from the beltway know.

Google around for him and you’ll find pages of supposed silly things he said higher on the results list than the Snopes article explaining that no, he didn’t actually say that. That’s the Barry we gave the rest of the world. When your image is bigger than the reality, and people make up outrageous things you supposedly said – and nobody doubts it for a second – you’ve reached the point of legend. Like it or not, MSB isn’t just ours: he belongs to the world now.