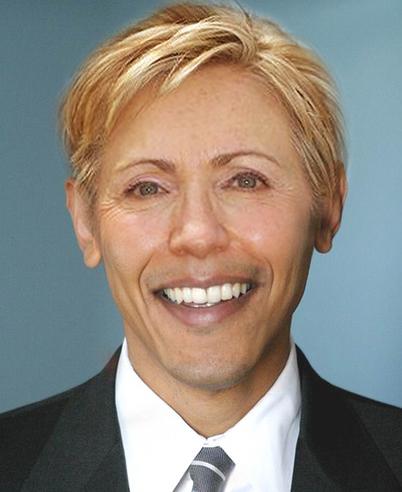 It’s the moment you’ve all been waiting for. I know, the suspense has been killing you! Our inbox here at Metblogs has been overflowing with e-mails asking, “Who will Max endorse as his candidate for President?” Will it be Rudy “Mr. 911″ Giuliani? Nah, he talks funny and I’m tired of people using scare tactics to justify wars. Speaking of wars, how about John “The War on Poverty” Edwards? Nah, he talks even funnier and reminds me too much of this guy. What about Mitt Romney? He is a handsome devil, but to be honest, Mormons just plain scare me. And what about John McCain you ask? Anyone who can show this much love for Bush has spent one too many days in a POW camp.

So who? Who, Max? Will it be Hillary then? Well I do like Hill. She’s intelligent, talks about improving health care, likes using solar energy and other alternatives, has Bill as the First Ambassador, and let’s be honest, Chelsea is starting to look kinda cute. She’s been in politics since I was in diapers and knows how to be the captain of the U.S. Government. But there’s just something about those Clintons. You just never know how much you can trust them.

Oh, so then you’re endorsing Obama then right? Right? Well he’s been against the war in Iraq for a 100 years or something. He seems to have no skeletons in his closet. He’s got pipes that are fit for doing NBC commercial voice overs and teeth fit for being the Crest spokesperson. And Marion Barry is endorsing him right? I mean wow, Marion Barry!

Well I hate to say it, but it’s a tie. I can’t fully endorse Clinton or Obama because the decision is just…too…difficult. That’s why I’ve decided to endorse Hillack Obinton, the dream candidate for the ages. With Hillack, America will be loved by the world once again. Obinton will send Bill and Oprah around the world to mend our broken fences. John Edwards will be brought in as the head of FEMA where he will truly put New Orleans back together again. Steven Spielberg will be hired as the Defense Secretary where he’ll design the coolest looking and best documented wars we’ve ever seen. Google will be put in charge of developing cars that run on old cell phone batteries and recycled Starbucks coffee cups. The Gates Foundation will graciously donate half of its money to rebuild our schools and raise teachers’ salaries, but only on one condition – Apple must be investigated for being funded by communists and run by Al Qaeda.

So join me in my support for Hillack Obinton in 2008! Or…just vote for Clinton or Obama because either one of them will probably do a darn good job.