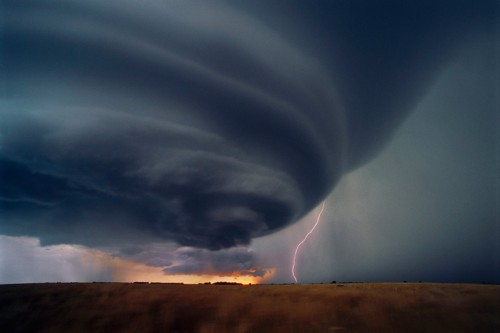 For city dwellers and even for suburbanites, the weather is like a hallway — we pass through it, briefly and hurriedly on our way to our destination. Weather is something that comes across out path through desktop clients and Blackberry applications, something we endure between the house and our car, or from the metro and work. Rarely do we commune with it, embrace it, experience it or even really much acknowledge it. Not so for Jim Reed, a photographer who has made an almost-20-year career out of being as close as possible and perhaps closer than is advisable to the most extreme meteorological events. Reed, promoting his 2007 book “Storm Chaser: A Photographer’s Journey,” will speak about his experiences Wednesday evening at 7 p.m. at the Corcoran Gallery of Art.

Though the book’s title is an editor’s dream — titillating, straightforward, evocative — Reed admits he has shied away from the title of “Storm Chaser.” The term has been around since the mid-twentieth century, a concept that has become increasingly popular with movies such as Twister and a new rash of television series such as the Discovery Channel’s reality show bearing the title. For awhile, Reed called himself an “extreme weather photographer,” avoiding the insanity and recklessness  that “Storm Chaser” connotes. 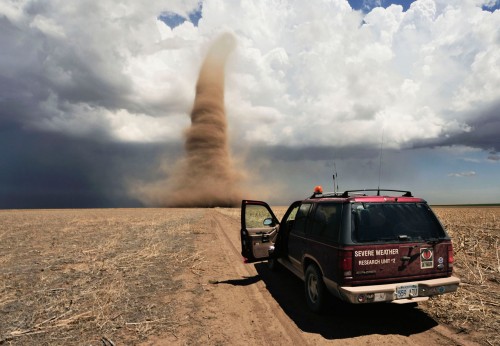 “In this day and age a lot of people do it for the thrill, they do it for the entertainment value, the adventure value, but they are taking pictures — they’re not making pictures,” said Reed. You might ask, “What’s the difference, really?” “I don’t chase anything really. What I do is about preparation, evaluation, second-guessing and forecasting. And if you’re a pro or if you’re a Storm Chaser that has pride you want to be out in the field before that storm warning is ever issued.”

Reed is indeed a pro. He has documented 17 hurricanes, including Hurricanes Charley in 2004 and Katrina in 2005, hundreds of tornadoes, super-cell thunderstorms and hail storms that have produced icy orbs twice the size of a softball. He’s shot photos for The New York Times, Time Magazine, Reader’s Digest, National Geographic, U.S. News and World Report, the Discovery Channel and Nikon (his sponsor). As hurricane winds blow and storms pour down, he gets the clean shots, the surprising shots, that communicate to the inhabitants of the cities of the Eastern seaboard just what it was like to be there. 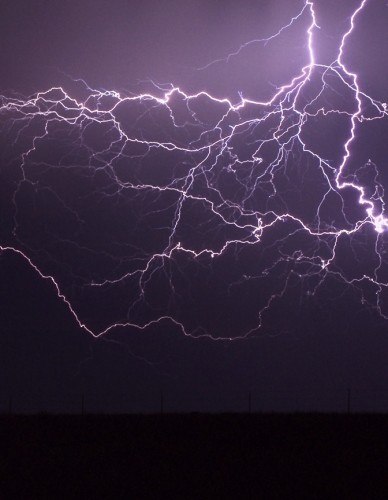 Despite the somewhat natural presumption of insanity (this is a man who intentionally went to New Orleans in front of Hurricane Katrina), Reed asserts that as he’s become more experienced he’s been able to do the job more safely. He has had only one “real” brush with death, he asserts. That was during Hurricane Charley, the 2004 category 4 hurricane that rolled over Jamaica, Cuba and turned directly into the Florida coast, causing $18 billion dollars of damage and killing 10 Americans. Reed will be showing video footage of that experience Wednesday night. He made it out of Charley, as well as Katrina — in which he suffered just a broken nose. Though his physical injuries over the course of his career have been minor, the aftermaths he’s witnessed bring on post-traumatic stress flashbacks and nightmares.

“For me the worst thing is the sounds. You hear people calling for help, you hear animals crying. One of the eeriest sounds we heard (during Katrina) was this python-like hissing and we were like ‘Okay…we have snakes? What’s going on here?’ — and we realized it was multiple gas line break.”

Though he has witnessed the immense power of nature, Reed either couldn’t or wouldn’t say what conclusions he had been able to draw about its malevolent or benevolent qualities. What is evident in his descriptions, however, is that he really feels a humanity in the storms he has shot. Storms and tornadoes seem pause for him at times, they almost toy with him — becoming more violent to run him and his crew out of their paths. He tells a story about a twister he shot in Tornado Alley with his assistant, where as they sped toward the cyclone they noticed it was chasing a herd of deer who were — understandably — fleeing for their lives.

“I said ‘Shoot the deer! Shoot the deer’ and it was as if that tornado heard us, looked over and saw us and said ‘Hmm, storm chasers…’ and looked back at the deer and said ‘…or deer’ and then it turned and came straight toward us.”

It may come as no surprise that Reed, 48, is considering switching gears. Slowing down. 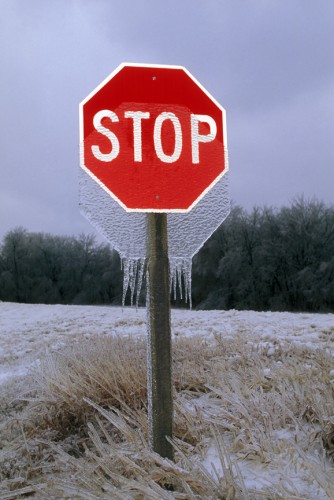 Reed wants to focus on his first love — meteorological art. Or, as he calls them, “atmospheric portraits.” Photographs of weather that are beautiful and rare, that take time to develop.

“You watch the genesis of this remarkable event that will never be repeated,” said Reed. “Every single storm is unique to the environment. It’s almost like as this storm matures I need to stay with it…(something like) karma moves in, you get into this dance with nature and I just love it.”

It’s a dance that, for those who have never been in the eye of a hurricane themselves, is sure to impress in its images at the Corcoran.

The Corcoran Gallery of Art is located at 17th and New York (between E and F NW). Tickets are $15 for members and $20 for the general public.

One thought on “We Love Arts: Jim Reed, Stormchaser”