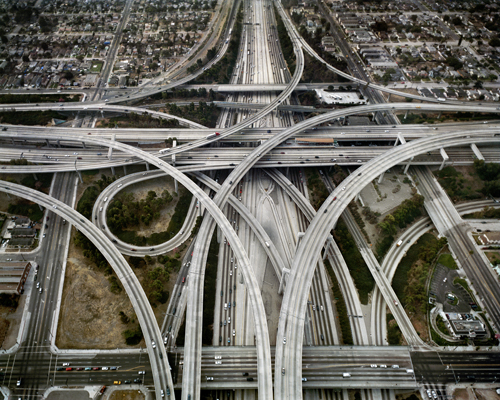 Thankfully for those of us in D.C. who love art, especially those with a particular fondness for photography, we have Paul Roth and the Corcoran Gallery of Art.  Over the past couple of years they’ve had an amazing lineup of photography exhibits, showcasing a dream team of photographers including Annie Leibovitz, Richard Avedon, Ansel Adams, and William Eggleston.  All known for completely different styles of photography (although it has been argued that Leibovitz is “copycatting Avedon“), there’s been a genre on display for everyone.  Continuing their record of hosting world class and historically important photography exhibits, the Corcoran opens Edward Burtynsky: Oil on Saturday.

I don’t read art magazines.  I don’t read art blogs or subscribe to their RSS feeds.  I don’t have a degree in art history and I’ve never taken a photography class.  I prefer to learn about art by experiencing it first hand, by learning about it from others, or by pure coincidence.  About a year ago I was adding movies to my Netflix queue when I came across a documentary called Manufactured Landscapes.  I had never heard of Edward Burtynsky but was enticed by the description of this film about “an examination of industrialization and globalization”, a concept that has always been interesting to me as I tend to look at things from a 10,000 foot point of view.  Needless to say that when I watched this documentary I was immediately a fan of Burtynsky’s, not necessarily for his photographic abilities, but for what he was interested in showing his audience.  Leibovitz can show you glamorous photos of Angelina Jolie with perfect lighting and makeup, but no matter how impressive they may be, you are only left with feelings of lust or admiration.  On the other hand, when you see Burtynsky’s photo of three Bangladeshi men standing barefoot in a pool of oil, you are left with feelings of wonder, with sorrow, with relief that you have a desk job.  Burtynsky’s photos are not only beautifully executed pieces of art, but they make you think and want to know more, which takes his photography to the next level. 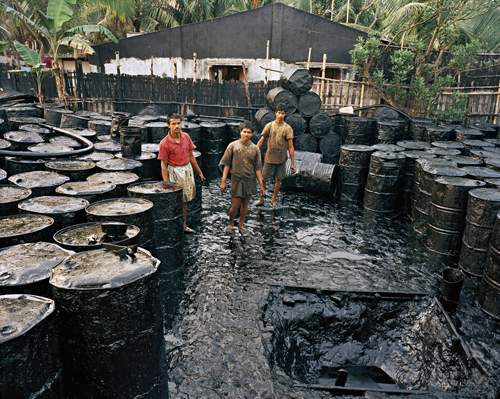 Edward Burtynsky was born in 1955 in St. Catherines, Ontario where his father worked on a production line at the General Motors plant.  From an early age he was exposed to the automobile industry, his introduction to our industrialized world that would not exist as we know it without oil.  If you think about everything around you, your clothes, your computer screen, your car or bicycle, your food, your cell phone – virtually everything in our world relies on or is a byproduct of oil which is a something impossible to fully comprehend and easy to forget about.  As Burtynsky says in the afterword of his exhibit, “In no way can one person encompass the influence and extended landscape of this thing we call oil.”

The exhibit itself is laid out in such a way as to show the full life cycle of oil.  The photographs in the beginning show the extraction and refinement process and are bizarre, apocalyptic looking, yet strangely beautiful scenes of industrial landscapes.  Next Burtynsky shows us ways of how oil is used and the affects that it has on our lives with photos of twisting highways, sprawling suburbs, and aerial views of import lots containing thousands of cars ready to be sold.  The exhibit concludes with scenes showing the destructive power of oil and the consequences that we inevitably face, not here in the U.S., but rather in places far away from our daily lives. 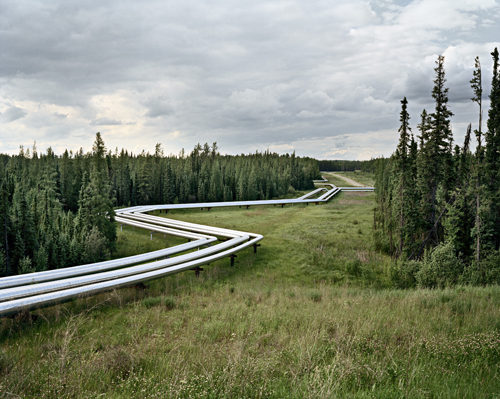 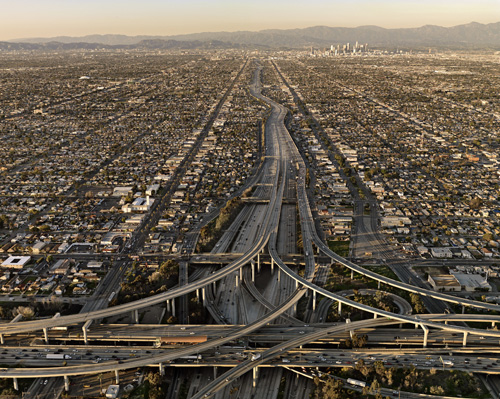 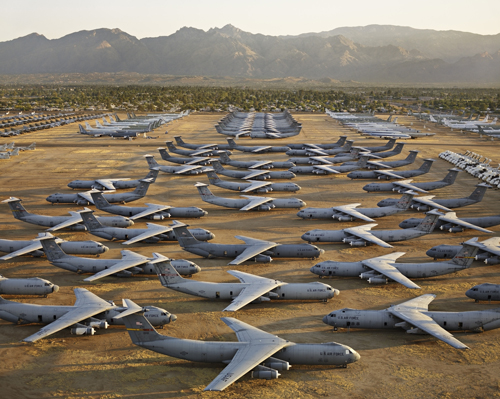 When viewing Burtynsky’s photos, I invite you to get very close to them, say a foot away.  Due to the large scale at which they were printed and the fact that there isn’t a piece of glass separating you from the photos, you feel as if you could step into them as if they were 3D.  The amount of detail in some of them can be attributed to the fact that they were captured using high resolution cameras and printed by some of the best print labs in North America.

I had the privilege of talking to Burtynsky on Wednesday night, and like all other photographers that I meet, my questions start out technical.  Some of the photos on display are taken with a large format, 8 x 10 view camera which is not exactly a common camera in today’s digital world, not to mention a very portable one to lug around with you through oil fields.  Others are shot using a 40+ megapixel Hasselblad (I didn’t get the exact model number) which allows him to print his photos at a large scale without a loss in quality.

Speaking of printing, Burtynsky is the owner of Toronto Image Works, which is where many of his photos are printed.  He said that the only lab that can print photos on photo paper over 60″ in width is the Laumont Studio in New York which is where his massive film prints are done.  One thing that impressed me about his photos was the amazing clarity of the aerial shots that were taken from a helicopter.  This past summer I had an opportunity to shoot from a helicopter in Denver and when I was finally able to view my photos on a computer screen they were slightly blurry.  I explained this to Burtynsky and asked him how he achieved such crisp images and he said, “Well you need to make sure that your shutter speed is at least 1/250.  I also use a gyro(scope) to stabilize my shots.  What are you shooting with?  Oh, you would probably use a [so and so model number].”  Not many big name photographers are so ready to reveal the tricks of their trade, but Burtynsky is very approachable and was probably relieved to finally answer some technical questions. 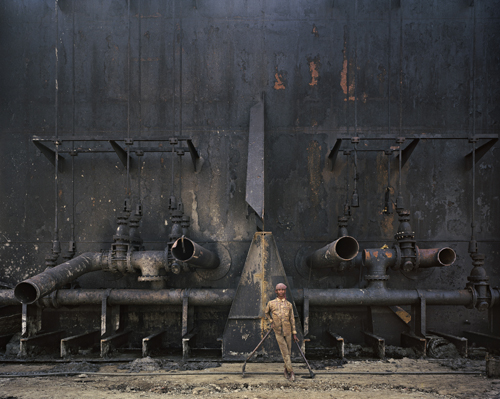 Some may describe Burtynsky as a photo journalist, a landscape photographer, or even a portrait photographer in some cases, however he truly transcends the simple title of “photographer”. He is a storyteller, an advocate of the environment, and a historian. He travels to places that most of us never knew about, places that many of don’t want to know about. He presents evidence of man’s impact on earth and shows that while we once viewed nature as something more powerful than us, we now view it as something that can be overcome with the right technology. He says, “When I first started photographing industry it was out of a sense of awe at what we as a species were up to. Our achievements became my source of infinite possibilities, a fount for all my imagery. But as time passed, that flush of wonder began to turn.” Indeed it is amazing what mankind has achieved in such a short span of time, and even more amazing that we have had little regard for the consequences. In the years to come we will need to muster an equal amount of ingenuity that we found to enable the industrial revolution in order to undo the aftermath of our previous efforts.