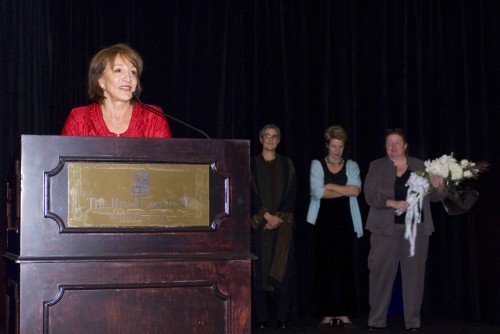 This past Sunday was the Women Chefs and Restaurateur’s awards dinner titled “Women who Inspire.” Emceed by Top Chef finalist (and stand-up comedian – or at least she should be) Carla Hall, the dinner honored many DC women chefs. Often teetering between an association dinner and the Oscars, dozens of women chefs, including those who were being honored and even more, were back in the kitchen preparing 6 courses to interlude each of the award-winner announcements.

Women Chefs and Restaurateurs (WCR) recognizes women who have demonstrated excellence and innovation in: the dining room, kitchen, baking and pastry arts, beverage profession, farming and food production, community affairs, as well as for a lifetime of culinary excellence.

Local Nora Pouillon, of Restaurant Nora in Dupont Circle, prepared the first course (paired with a non-local chef, Gabrielle Hamilton of Prune) and last but not least, accepted the final award of the night and the most honorable. She was awarded the Genesis prize, which recognizes a woman who has achieved a true “first” in the culinary profession – a clear win for the originality of her all organic restaurant. Nora was pioneer in the organic food movement, having the first and only organic restaurant in DC, Resaurant Nora, for a long time.

Seated with one of six tea sommeliers in the world, the founder of the Cambridge School of Culinary Arts, a restaurant owner, and the chef of her family’s bed and breakfast, it really became apparent that we were surrounded by foodies when our table began to debate over the true ingredients of a “Mirepoix.” Between a “Garbure” with Stone and Thistle Farm Braised Pork Belly (by Nora and Gabrielle) and a Ballotine of Pheasant with Confit of Idaho Fingerling Potatoes (by Barbara Lynch, No. 9 Park and Kate Jansen & Tracy O’Grady of Willow), I fumbled with how to eat, pronounce and appear cultured, all at the same time, while enjoying the award presentations and acceptances for a variety of categories.

Just the tip of the iceberg for DC women chefs and restaurateurs, Ellen Kassof-Gray, whose excellent management and hard-efforts in the front of the house at Equinox haven’t gone unnoticed by many in DC’s restaurant scene, won the Golden Fork award.

Ris Lacoste, who is opening her new restaurant “Ris” across from the Ritz on M street (and has been for the last three years), was applauded for her passion and excellence as a chef by receiving the Golden Whisk award.

Kate Jansen of Willow won the Golden Bowl Award, for excellence in baking and pastry arts as well as her ability to inspire others. In her acceptance speech, she deftly proved her inspirational skills, winding the audience back through Italy in a stick shift car, which sounds a little bit like how she got started in her baking career – by volunteering her time in a restaurant. It was all just the beginning of fulfilling her dreams.

Moie Crawford of New Morning Farm won the award for the Golden Plow, and for this, we should all applaud her. Another DC local – “changing the options for customers in Washington DC since 1974” – Moie was awarded for her excellence in farming artisinal produce, which she takes to the Dupont Farmers market every Sunday. 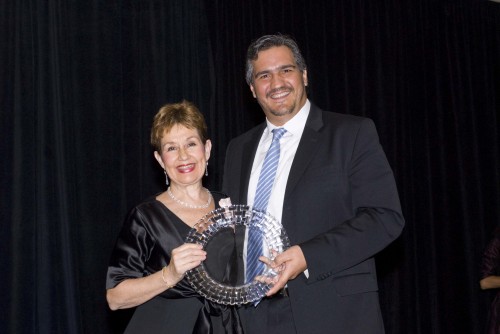 And Linda Vogler of DC Central Kitchen won the Community Service Award for her outstanding contributions in community affairs which have made a strong impact on the lives of others.

The line-up of DC based award winner finalists and winners was so impressive, I started to wonder if they had taken other cities in to full consideration. While DC has not traditionally been known for its good food, we’ve had an awakening of incredible new restaurants in the past year or so. However, I’m not sure that the award winners were necessarily representative of the country as a whole. 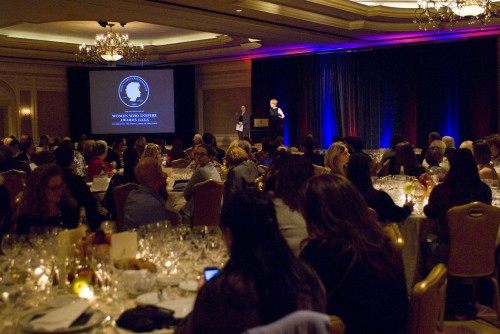 The award winners and finalists were impressive and – as the title suggests – inspiring. It was clear that many of them were much more comfortable from the kitchen than up on a stage accepting an award – as we all would be. But their stories were incredible. All of them started with buckets of passion for food, and they funneled their interests into true achievement.

In a restaurant world that is often dominated by men, WCR has really taken the lead on demonstrating how important these women have been to their professions  – and to our city – by giving them a voice and a brief moment to talk about their passion in the limelight.

A huge congratulations to these DC women for making us proud and for continuing to draw attention to DC as a place for great food.