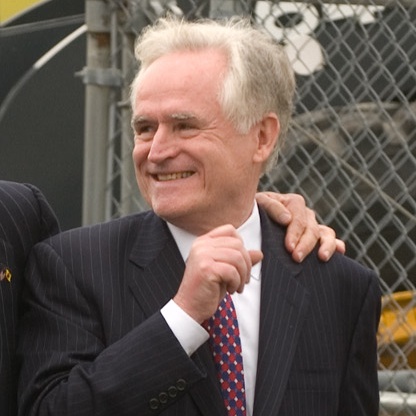 Sarles is emphatic that safety has to be a top priority for any transit agency. He points out that at NJ Transit they first tried to keep the system in what’s called “state of good repair,” before considering core upgrades and other expansion. Keeping a system in a “state of good repair” forces an agency to get rid of out dated or dangerous equipment, and requires that an deferred maintenance be done before other work. If you’re a policy or transportation wonk, this document (PDF) might be interesting reading on “state of good repair.”

He also welcomes federal regulation of safety at transit agencies, and makes recommendations for the Federal Transit Agency to mirror the structure of regulation that the Federal Railroad Administration has over railroads. He does point out that transit agency also have local issues to deal with that must be taken into account, and that new regulations should come with federal dollars to help implement them.

Sarles would like to see more money coming from the federal government for big transit projects. “Being able to obtain operating funds from the Federal government,” he writes, “especially for new initiatives and services that are in the national interest, such as those addressing environmental and energy concerns, would go a long way to insuring the reach and frequency of transit services are improved.”

He’s supportive of the Department of Transportation’s January announcement that it would change the funding requirements for big transit projects to take into account “livability,” and is optimistic on the administration’s view on alternate modes of transit, saying that he “commend the administration for recognizing the role streetcars, light rail and BRT must play in this nation’s transportation system as we move as a country toward smarter, more sustainable development.”

Sarles argues for multimodal transit and transportation planning, rather than the current system of reducing congestion. He writes:

For many years, the dominating planning focus has been addressing congestion, which is a symptom of a transportation system in stress, rather than on policies and logical planning steps to avoid these symptoms or manage the largest impacts of congestion. We would be wise to choose a different starting point and get at the problem earlier by asking what multimodal strategies and actions are possible so we can avoid these mobility issues.

In 2007, shortly after taking up his post as Executive Director of NJ Transit, the New York Times profiled Sarles. He speaks with passion about transit, about getting more people to take public transportation. “We want public transit to be the preferred choice for the commuters,” he told the Times. “We don’t want to force them out of their automobiles; we want to attract them out of their automobiles.”

If Sarles can bring that passion and sentiment to Washington, and if he can meet the challenge of a system no longer operating in a state of good repair, I think we might see him around for a bit longer than “interim” implies.