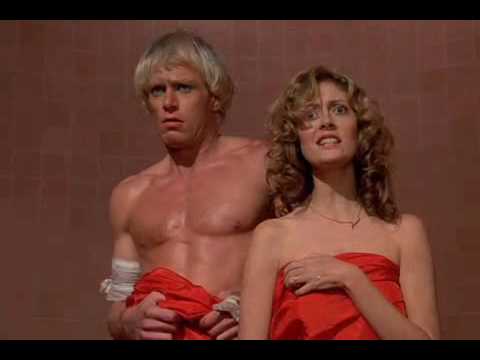 Maybe you need to be of A Certain Age to get the reference but it sums up, for me, the experience of listening to weather shorthand sometimes. Nice word, what’s it mean?

Earlier today the always-awesome Capital Weather Gang had a quick tweet spelling out the meaning of a “severe” thunderstorm: “Winds of 58 mph and/or hail .75″ diameter or more.” Pretty precise, that. It got me to thinking, what are the other terms that we hear all the time but perhaps don’t know the exact meaning of? I took a minute to put together a few and they’re below the fold.

Before we go any further, I will point out that the National Weather Service definition on record for a severe thunderstorm is a little different than how CWG identified it: “a thunderstorm producing hail that is at least quarter size, 1 inch in diameter or larger, and/or wind gusts to 58 mph or greater, and/or a tornado.” They add that lightning and rainfall don’t figure into the definition.

I’ll let CWG explain the difference in definitions, though it just may be changing terms that haven’t been updated on all websites – I found some time differences for the below terms as well, depending on which NWS site I checked. Wikipedia claims the definition moved up to 1 inch at the beginning of this year.

Those of us who grew up in hurricane country (as opposed to bat country) have an advantage on watch and warning, having needed to worry about big winds knocking down our homes. Watch is less serious and less precise than warning – the difference between “watch out for dad today, he’s in a mood” and Dad himself saying “I’m warning you!” Watch means some conditions might happen, warning means they are happening somewhere.

More precisely, the Storm Prediction Center of the NWS, the folks who handle storm and tornado watches, define a watch as “expected during a three to eight hour period.” When it comes to hurricanes you’re talking about a 48 hour period. For floods, within 12 hours.

The warning period for hurricanes is long too – within 36 hours of contact, though sometimes conditions mean you get less advance notice than that. For a thunderstorm, however, it’s been observed to be happening somewhere now. Ditto flooding.

In addition to thunderstorms sometimes we hear about high winds, which the Hurricane Center of the NWS says are “1-minute average surface winds of 35 kt (40 mph or 64 km/hr) or greater lasting for 1 hour or longer, or winds gusting to 50 kt (58 mph or 93 km/hr) or greater regardless of duration that are either expected or observed over land.” ‘More of Great Falls in Flood’
courtesy of ‘Roger Photos’

Once in a while we hear about flash flooding, which is a little bit general – it can mean a lot of water because some barrier broke, like the bank of a river or a dam, or it might just be that the ground is in a condition where it won’t be able to absorb a lot of rainfall in a very short period.  There’s a lot of picky details around this one but they all add up to one thing: water on the ground creating dangerous conditions anywhere from puddles that may be a lot deeper than you know up to being swept away down the river. Neither one is good for you – stay inside.

Let’s conclude with one you probably think you know all about.

You probably are pretty firm on the definition of tornado but there’s one terrifying little snippet in the definition from the Glossary of Meteorology that the NWS quotes. I’ve emphasized it so we can have our hearts skip at the same time: “a violently rotating column of air, pendant from a cumuliform cloud or underneath a cumuliform cloud, and often (but not always) visible as a funnel cloud.”

Clear on that? The huge terrifying weather phenomenon that picks up houses, cows, Bill Paxton, Dorothy and her little dog, too…. can be invisible to the eye.

So when you hear tornado warning? Get the hell inside, k?

If there’s other terms I didn’t cover that you’re interested in there’s a nice succinct page at the Hawaii NWS forecast office.