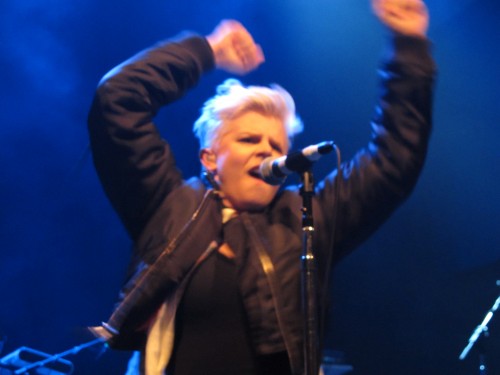 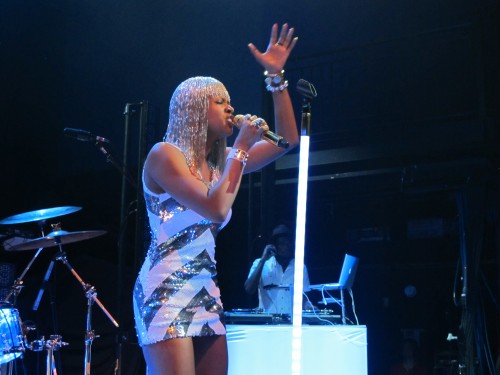 Kelis performed in a short, shiny, white and silver dress; a metallic silver wig; and high heels. Her appearance was stunning and in theme with the lyrics on her new album; both physically and lyrically Kelis has moved past her divorce from rapper Nas and with newborn son Knight in tow is ready to rock the world. Kelis’ set featured some excellent moments, but each of those was quickly watered down by a mis-fire on stage or a poor song choice. Kelis new album, “Flesh Tone”, is a dance-tune filled, House diva record that features some of the best new techno in forever. Her roots however are in hip-hop and R&B. For Kelis, trying to reconcile those different worlds proved to be harder than it probably looked on paper.

Kelis was backed by two DJs and a live drummer on stage. Often the set felt like expensive karaoke; like when a DJ dropped The Eurythmics‘ ‘Sweet Dreams’ and Kelis merely sang along to the record. Unfortunately the dance music of “Flesh Tone” felt watered down as well. For some reason, Kelis was singing in competition with her own canned vocals on several tracks. This was totally unnecessary though, because Kelis is a great singer and should have been let loose to carry the new tunes herself. Instead she sounded drowned out for a lot of the set. Occasionally the DJs would lay off and that is when Kelis had a chance to shine. Even though I feel Kelis was vocally short-changed by this live production, I won’t deny that her set got the packed club very excited. Fans were dancing up a storm. And when Kelis finally dropped into her biggest hit, ‘Milkshake’, you could feel the happiness flowing through the club as a thousand people screamed the words along with her.* 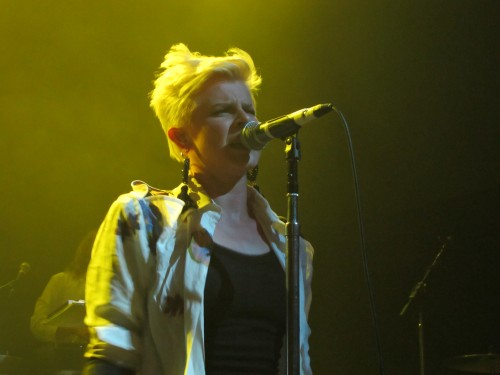 Regardless of the uneven nature of Kelis’ set, her sex appeal and bass-heavy beats had the crowd primed for Robyn’s head-lining set. It has been about five years since the US has seen a release from Robyn. After her intial teen-pop star phase in the 90’s and then her brief electro-pop surfacing in the mid-00’s, it seemed that maybe Robyn was done with music. Thankfully, Robyn’s talent was merely hiding as she self-produced a boat-load of new material which she has finally begun to unleash on mini-albums. The first “Body-Talk Pt.1” is in the running for best album of 2010. Part two comes out in a few weeks. All of Robyn’s new material essentially adds up to a reinvention of her old image. Emerging with an older, wiser, music-industry weary, more aggressive attitude has suited her well. And it was this attitude and her boundless energy that carried the night on Monday.

Robyn didn’t merely take the stage when her set began, she assaulted it like it was Normandy Beach on D-Day.** Busting out with an explosive series of dance-moves, aerobics, and jumps Robyn bounced around the stage like a hip-hop ninja. Robyn delivered each vocal with an exaggerated facial expressions as punctuation; a habit perhaps carried over from her teen-idol days but all the more entertaining and effective done by a woman in her thirties. It was at times hard to keep up with this tiny woman’s massive stage presence. Physically, Robyn works a stage better than almost any other solitary performer I have seen. She is my hero. 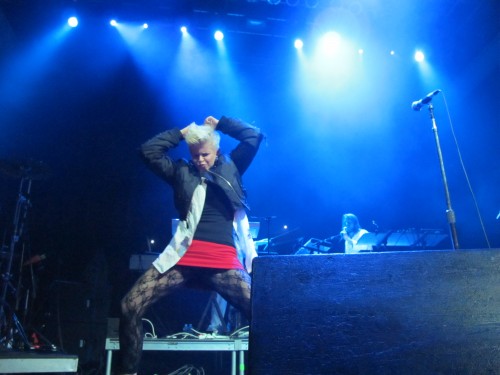 Robyn was backed by a real band, all wearing white lab coats or jumpsuits. The band was composed of two truly talented live keyboard/synth players, and two powerful live drummers. The main differences between Kelis’ and Robyn’s sets were that Robyn used a live band and avoided canned backing vocals whenever possible. Robyn’s band sounded fantastic; playing with high-energy, solos, and the freedom to improv a bit that playing live allows. Switching from electro-clash, to synth, to dance-hall, to straight-up radio pop, the band masterfully kept up with the stylistic changes that Robyn’s new material demands.

Robyn’s voice sounded amazing on Monday. I often comment about how well bands work the 9:30 Club system, but rarely am I pushed back on my feet by a singer there. Robyn’s voice, now deeper in tone with age, managed to be playful, vulnerable, and powerful all at once. Her new songs sounded fantastic and if I remember correctly we got a few previews of “Body-Talk Pt.2” that has me looking forward to when that album drops. Robyn’s encore featured some of her earlier material and it was obvious from their singing along and their passionate facial expressions that a lot of the crowd still harbor a little flame for Robyn’s younger persona. I thought it was great that even with her new, bad-ass attitude that deep down Robyn still is all about providing her fans with the full range of tunes that earned her their love. 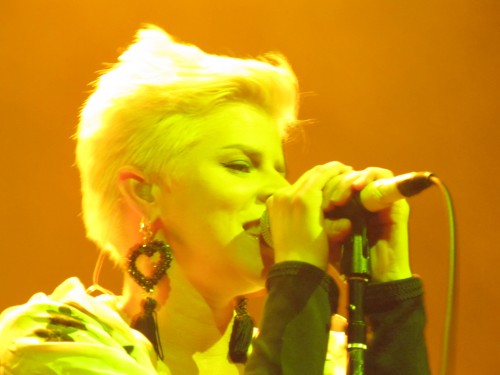 * The majority of the sold-out crowd were men, and judging by how many of them hit on me, a lot of them were gay. Surprise!