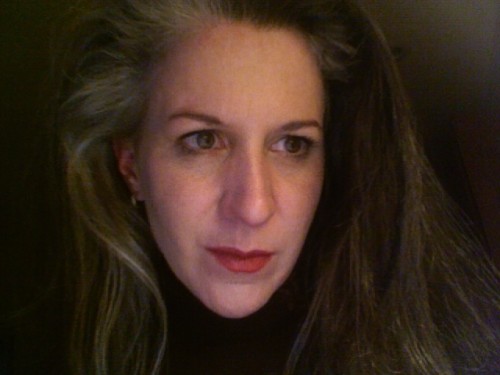 As a Baltimore area native, Holdridge grew up coming to DC to see plays at Arena Stage. So perhaps it was inevitable that one day DC theater would call her back. She’s flirted with our city twice before. She had the opportunity when looking at grad schools for directing, visiting CUA and meeting the head of the directing program at the time, the late Bill Foeller (“the main reason I loved it then was him,” she shared, and as an alum I heartily agree, he was a great mentor and a truly brilliant man still missed). But she ended up at the prestigious Yale University School of Drama instead. “New Haven’s not nearly as nice as DC,” she quipped, “But there are some good pizza places there!”

After graduating from Yale she spent a year in DC as Michael Kahn’s resident assistant director at the Shakespeare Theatre Company. From there it was the life of a freelance director, with her most recent stint serving as founding artistic director of the Red Heel Theater Company in Philadelphia. After a “trial year” teaching at CUA, she was convinced. “I was ready for a home, and I love teaching,” she explained, “When I came here I really liked the people I met, all working hard to take the drama program to the next level.”

“What I really love is DC theater,” she said, noting the diversity of options is what sets DC apart, “New plays, old plays – there’s not a lot of boring theater around town!” She mentioned Woolly Mammoth, Shakespeare Theatre and Synetic Theater as examples of how different companies can be while maintaining a high level of artistic merit. DC theater is so diverse it doesn’t have a distinct definable stamp, which is an aspect she loves. And as someone who has rarely worked and lived in the same area, DC seems a great place to teach, work, and have a life – something that isn’t always achievable in theater. She also feels you can’t teach directing if you don’t direct – she can send her students to see all sorts of plays here with a good cross-section of performance styles.

Holdridge will helm one student production a year at CUA, and direct around town as well. Currently she’s tackling Something You Did and her enthusiasm for playwright Willy Holtzman and the Theater J team is evident. The play focuses on the struggle for parole of a former 1960’s leftist radical whose anti-war activism turned violent in a bombing that killed a police officer. The woman (loosely based on figures like Kathy Boudin and the Weather Underground) tries to reach out to the police officer’s now-adult daughter and then a former comrade now turned neo-con pundit (a nod to personalities like Glenn Beck).

“It’s a great play, absolutely vital and thrilling,” she said, “it’s sparse and taut. There’s not anything extra, which is challenging for a director. You have to bring out the warmth and humanity of the characters and look for the undercurrents of subtext while keeping to this incredibly tight language, not telling the audience too much but just enough so that they can make discoveries for themselves. It’s that kind of play.”

Holdridge is excited to see audience reaction to material that’s bound to result in heated dialogue. “I just missed the idea of the sixties, my first TV was watching Nixon resigned. All the rebellion or the idea of a revolution or a youth movement wasn’t real to me. I got the commodified version, the fashion statement. Then to go back and do the research and see the real aims and goals of social change, of going up against the military-industrial complex, these hopeful youthful people thinking they could make the world a better place, and I don’t think they failed entirely, but when they came up against obstacles and when they couldn’t get what they wanted, this idea that some of them could radicalize into something quite violent seems so right for today.”

The play aims to show that “radicalization isn’t just a thing of the left or the right” – making the goal to have both arguments of the two characters resonate as real and passionate. “Both characters can be created from the same history. To have a play that looks at the personal ways someone might be driven to do this is, and convince themselves it’s a justifiable thing, is a valid exercise as an evening of theater.”

Holdridge believes studying in the midst of so many high-quality theater companies is what makes being a drama student in DC so rewarding. “I’m constantly asking my students to take advantage of the theater here, in the middle of this incredible city, with so many opportunities not ust to see theater but to create and produce your own.” She enjoys directing students as well and the challenges unique to that hybrid role as teacher-mentor-director. “You may be casting actors who may not be absolutely right for the roles so that they can learn and stretch, grow in rehearsal and on stage.”

On a personal note, it’s fascinating that Holdridge currently splits her time between CUA and Theater J, as she’s the daughter of Jewish and Catholic parents. “I go from Catholic University where there’s a crucifix in every classroom to Theater J where there’s a mezuzah in every doorway, and I thought – wow – I’m surrounded by these icons of two different religions.”

When I asked Holdridge what about DC attracts her beyond theater, she replied without hesitation, “The very different neighborhoods. In Philadelphia there’s one center city and you can walk to everything. Here it doesn’t seem as much a compact walking city, but I like these really distinct neighborhoods with very different feels all in the same city. I like the food, the restaurants, that you can have vastly different kinds of evenings in the same city.”

Finally as a new resident looking for a house, Holdridge is up against that elemental question – live inside or outside the city proper? “I really want to live in DC, but do I really want to give up my vote?” she said, echoing many others who’ve moved here. “We’re looking at Takoma Park which has the DC side and the Maryland side. Cross the line and you can vote. It’s a serious decision, do I really want to be taxed without representation?”

Asking that question means you have definitely arrived in the last colony! I’m excited to see what the future holds for Holdridge, a truly thoughtful and interesting theater professional. No matter what side of the line she ends up living on, we’re lucky to have her call DC theater home.