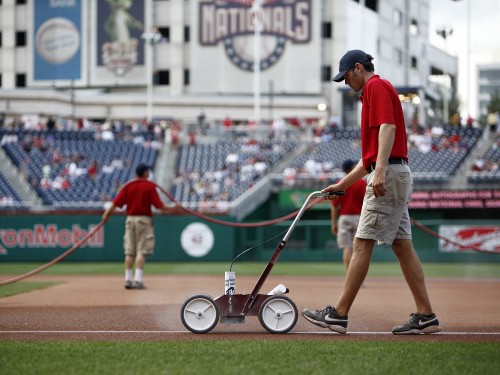 “It’s definitely a fun place to be. There’s always a lot going on in this place whether it’s professional teams or politically. There’s always something you can pay attention to in the news. It’s kind of the center of a lot of things so you always feel like you’re in an important place,” Nationals pitcher Craig Stammen said. 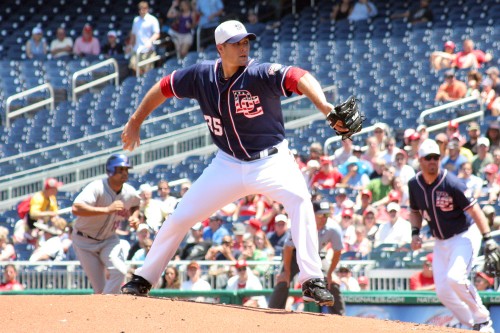 Like most of the players on the team, Stammen isn’t from the District. The 26-year-old right-hander is from Coldwater, Ohio and thinks D.C. isn’t too different when compared to his midwestern home.

“People are a little bit faster paced over here but other than that, the people [generally] have the same type of personalities,” Stammen said.

Outside of baseball, Stammen and his girlfriend spend their time playing tourist. “Me and my girlfriend have tried to find about everything that we can possibility do in this city and I think we’re pretty close,” Stammen said. “We’ve taken all the tours [and] we’ve gone to every thing else. We’ve gone on the trolly tours – the ones at night, the ones during the day – we’ve walked around at like every single place you can go I think in Virginia, Maryland and Washington D.C.”

One of Stammen’s favorite parts about living in the District is its proximity to its two neighboring states. “It’s all kind of one thing,” he said.

Stammen’s only complaint of living in the city so far is District traffic and how people drive, which is one thing left-handed pitcher John Lannan’s used to.

The 25-year-old Lannan hails from Long Beach, New York and is used to city living. The District has a special place in Lannan’s heart since his professional career at the Major League level started here.

Lannan’s first career win was in 2007 at RFK Stadium during the Nationals’ final season before moving to Nationals Park. 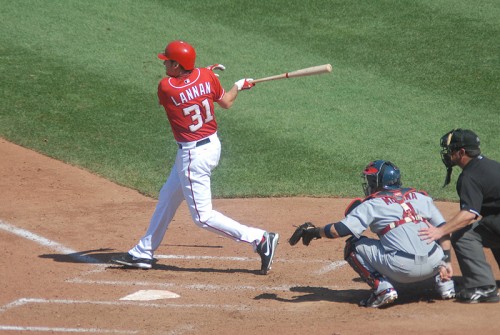 The city-style fast-paced life is something that appeals to Lannan and living in D.C. helps scratch that itch.

“My first year I lived in Virginia and then the last two years I moved into DC, so I live right near Chinatown and I love it,” Lannan said. “It’s a really cool place to play [baseball] and I like it because baseball’s new and it’s young and it’s exciting that people are starting to get into it.”

Beyond baseball, there’s plenty for Lannan to do while squiring his girlfriend around town. “We go to brunch at certain places. I like Georgetown. I love Adams Morgan, [it] has some cool restaurants. And Dupont Circle, I think it’s got a lot of variety and a lot of character,” he said.

Relief pitcher Tyler Clippard, 25, loves the historical factor of living in D.C. “That’s what gives it a cool feel,” he said. “I’ve lived in New York, I make my home in the off-season in Tampa, and those are both good cities, I like them a lot, but this city has something special to offer as far as that goes.” A visit to Arlington Cemetery remains atop Clippard’s list as one of his most memorable outings in town. “I saw the changing of the guards, so that was something [that] you hear about [but] until you actually see it you don’t really know what it’s all about.”

Clippard takes the tourist approach to exploring the District when he’s not on the field. Trips to the the mall, the Jefferson Memorial, the Lincoln Memorial, and Smithsonian museums are some of Clippard’s favorite perks of living in the nation’s capital.

Community involvement is also something Clippard takes seriously. He sees philanthropy as his civic call-to-duty not only as a ball player but as a person.

“It’s tough for us because we play all the time everyday but when we do get out in the community it makes you want to do it more because you see how influential you can be just by being there,” Clippard said. “There’s a lot of historical things that go on with this city and it makes it kind of unique, so it’s even more special to kind of help out here.”

Clippard recently participated in the final Inova Blood Drive of the season during the team’s series against St. Louis. He was touched by the amount of kindness donors expressed while giving blood. “To just kind of walk around and see what that was all about, it opens your eyes a little bit to kind of how helpful people are just with their time.”

Giving back to the community is a point of pride for Clippard, but giving back to Nationals fans ranks just as high if not higher.

Clippard loves the fans here. In fact, he thinks they’re awesome. All he wants to do for the fans is win even if that’s not reflected in the Nationals’ current spot in the standings.

“Over the last couple years since I’ve been here [we] haven’t really won as much as we have liked to, but the fans have really kind of jumped on board,” Clippard said. “It makes us want to win even more for them because they’ve been so great even though we haven’t [been].” 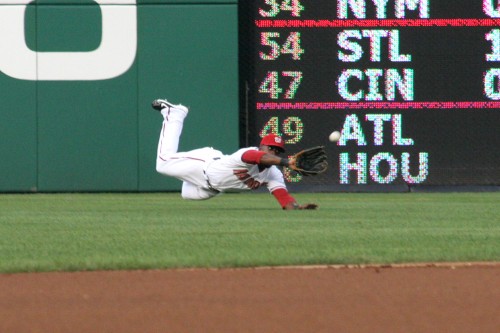 “It’s something different. The people, how they go about coming to the games, and the fans are really into you and all that. I like that.”

Bernadina isn’t from America and D.C. isn’t his capital, but the 26-year-old Netherlands Antilles native still realizes how special it is to play baseball in Washington. “It’s something about DC. It’s the fans, the way the atmosphere is so different,” he said. “It’s always great to come here and hear them [cheer].”

Nationals Park is their office and their sole responsibility is to keep playing baseball. It’s their job and they love it, but they also realize how lucky they are to be playing the game they love in such a unique city.

“There’s a lot of young people that live here so it’s a fun, young, vibrant city. It’s not really big, there’s a lot of people here but you don’t have the tall sky scrappers and stuff like that, so it’s still kind of got a small town feel to it,” Stammen said. “That’s what I like the most about it.”