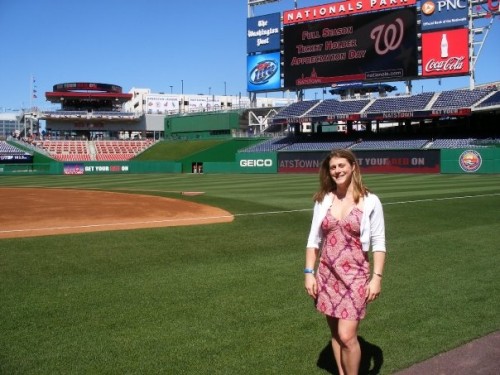 The 1994-1995 Major League Baseball strike ended Murphy’s brief fascination with the Phillies and limited her connection to Veterans Stadium to family memories from yesteryear.

Murphy moved on from her Phillies fandom quickly, becoming swept up in weekend soccer practice, tournaments, and games. It wasn’t until college that baseball became a part of her daily life again.

“I had a Yankees fan roommate who refused to accept that we would not watch baseball at the house, so I started to try to pick up my interest a little bit,” Murphy said.

Thanks to her roommate, Murphy grew to tolerate baseball again and kept up with the standings. It wasn’t until she started dating her current boyfriend — a Virginia native — in 2005 that baseball inched its way to the top of Laura Murphy’s Priority List. 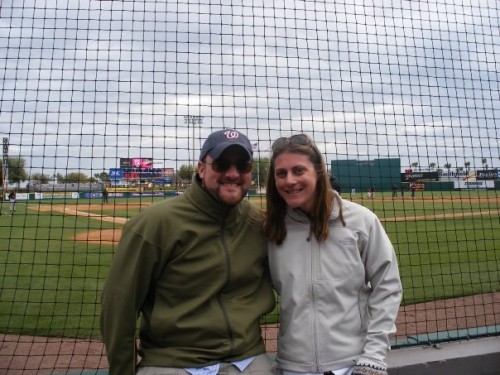 “I didn’t feel like I had this competition of fans who were going to be like ‘I’ve been followin’ ‘em for ten years and you don’t know as much as me.’”

Taking baby steps back into baseball fandom is what reeled her into the game. Murphy and her boyfriend went to a few Nationals games during the team’s inaugural season in 2005 while the two were dating long distance – Murphy was living in New York while he was in D.C.

“I moved here to be with him and we started going to more and more games and it eventually kind of became our ‘thing’,” Murphy said.

Before long, the couple started going to nearly 30 games a year, including an anniversary trip to Nationals Spring Training.

Baseball is something Murphy and her boyfriend really enjoy together. They talk about it in their spare time. They watch it on TV. They’re current season ticket holders. Nats baseball is “their thing.”

“He’s not intimidated that his girlfriend’s talking sports,” she said. 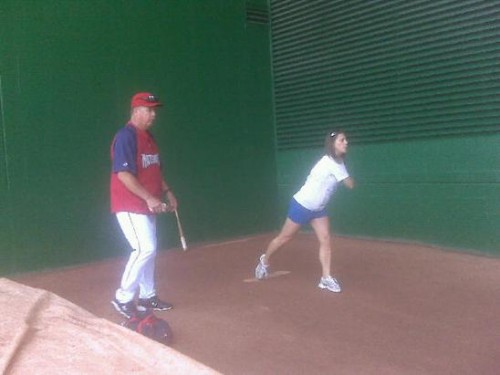 Nats U at Nationals Park / Photo Compliments of Laura Murphy

Murphy’s fandom isn’t just a date night choice. It’s seeped into every fiber of her being.

“Laura has become a Nationals fan to the core,” her mother said. “It took awhile but I’ve accepted it and I still love her.”

Remember the Strasburger that hit gourmet burger stores in the greater District area after the rookie phenom’s June 8 Major League debut? Murphy does. The burgers were off of menus before she even got a chance to taste one. But thanks to her rabid fandom and savvy social media knowledge, Murphy got her Strasburger.

“Working for a media company, we know what buttons to push when it comes to different companies,” she said of her attempt to bring back the pickle and hot dog covered Strasburger.

Murphy figured the Burger Joint would be responsive to her mobile efforts since they appeared to be engaged with their online audience via various social media accounts including Facebook and Twitter. So she reached out to them.

Shortly there after, Murphy got her Strasburger and ate it too.

“You’d think [it would be disgusting but] it’s fantastic. You almost don’t even notice that you’re eating that much meat in one bite.”

Strasburger aside, Murphy is an active member of the Nats fan community who advocates for her team’s availability and accessibility.

“The Nationals are one of the few organizations where the players are accessible to you. You can get autographs. You can meet them. You can talk to them,” she said. “It’s really hard to get that one-on-one interaction and I think it’s cool that they do it.”

This is the first year that Murphy and her boyfriend have succumbed to a season ticket package, 22-games in all, and so far the perks of accessibility at functions including Nats U for Women and season-ticket holder appreciation events are to their liking.

“I think one of the greatest things is I’m watching these people on TV, they’re heroes to me, to everyone in this city, and I can meet them and I can see them,” she said.

Ryan Zimmerman is her hands-down favorite despite player debates with her boyfriend. Murphy favors Zimmerman for his confidence and leadership but sees why her boyfriend’s vote goes to Adam Dunn.

“I think he’s hilarious,” she said. “He’s a great face for the fun side of things.” 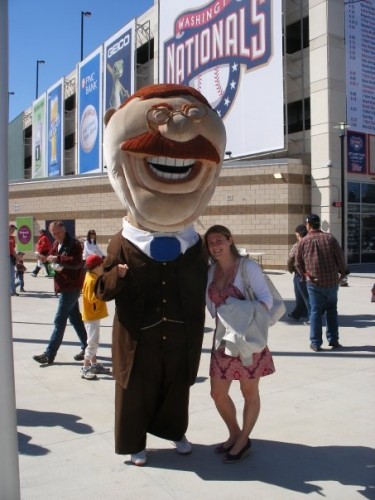 “Sometimes I feel bad for [the Phillies] because I think the fans now have these high expectations,” she said. “I think people are faster to get frustrated with their players or become disappointed.”

As a Nats fan, Murphy rarely finds herself disappointed even if Washington’s win-loss record isn’t something to brag about. “When you’re coming from a team like the Phillies or the Yankees, expectations are high.”

“When people have high expectations you get harder on yourself when you don’t meet them. I like to think that the Nationals players understand we understand bad days and we’re still behind [them] and one bad game is not going to turn us against [them].”

Murphy still gets flack from her family and friends for switching her baseball allegiance, but much to their disdain there’s no chance of her succumbing to the torment.

When the Phillies and Nationals play one another, Murphy and her mom trash text each other and her Phillies fan friends play along on Facebook by posting team-bashing comments on her wall. But to Murphy that’s just a sign of Phillies fans taking the Nationals seriously.

The Nats’ journey to greatness is what drives Murphy’s baseball fandom.

“They lost me when they did the whole strike thing, but I came back.”

“Nats Fans Are People Too” is a series taking you inside the minds and lives of the District’s biggest Nationals fans. Do you know somebody who should be featured? Are you one of the many die-hard Nats fans in town? Get in touch by sending a message to rachel@welovedc.com!