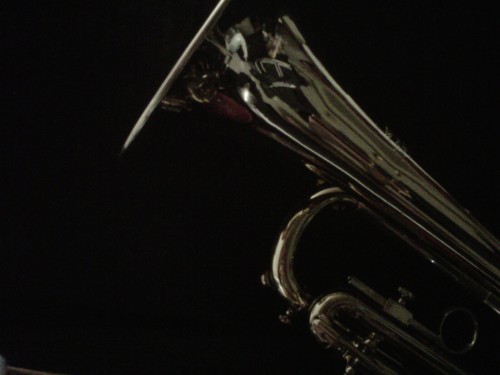 If Jazz was personified, its equivalent would be akin to the likes of the always effervescent, charismatic, and talented Louis Armstrong. The New Orleans trumpet player, born in 1901, wasn’t the first Jazz trumpet player in the history books but he is an icon of the genre. Wynton Marsalis is a Louis Armstrong for the new millennium. Not too keen on instrumental music or big bang Jazz? That’s okay. Here’s the skinny: Marsalis, born in 1961, is a New Orleans born and bred trumpet playing prodigy whose talent matches some of Jazz’s most popular names in trumpet, including Armstrong, Dizzy Gillespie, and Miles Davis. Marsalis, essentially, is what Michael Bublé is to pop music.

Here’s the analogy: Michael Bublé is to Frank Sinatra as Wynton Marsalis is to Louis Armstrong.

The best part is that Marsalis has given the music world (with much thanks due in part to Lincoln Center, the Washington Performing Arts Society, and similar groups) every reason to believe that Jazz, as a treasured memory in America’s musical history, will never be forgotten – just as long as we keep teaching.

Music education is Marsalis’ biggest goal as a musician.  That is why he is an active participant in the Washington Performing Arts Society’s Capitol Jazz Program. The program, founded in February 2008, has Marsalis, members of Jazz at Lincoln Center Orchestra, local Jazz musicians, and touring Jazz performers mentoring children from seven D.C. Public Schools.

This past Sunday evening, the Capitol Jazz Program, their mentors, and Marsalis – with help from the Jazz and Lincoln Center Orchestra – performed and observed Jazz together with an audience present at the Kennedy Center Concert Hall.

Sunday marked the 28th performance in Marsalis’ career in conjunction with the Washington Performing Arts Society in the District, but by no means was it the “Wynton Marsalis Show.” Each member of the Jazz at Lincoln Center Orchestra had their fair share of improvisation time. Some of the arrangers in the band like Ted Nash, Marcus Printup, and Sherman Irby had their compositions featured as part of the evening’s set list.

Jazz at Lincoln Center is the world’s largest not-for-profit arts organization committed to promoting the appreciation and understanding of Jazz through performance, education and preservation. Marsalis is the current artistic director for JALC, but he’s not the sole shot-caller for the program. Jazz education is about inspiring young minds eager to express themselves with music as their muse and medium. It takes more than a man passionate about Jazz-days-gone-by to invigorate the next wave of Jazz aficionados.

Sunday night, in the city where the great Jazz composer and band leader Duke Ellington was born and raised, the Capitol Jazz Project and Jazz at Lincoln Center Orchestra showcased the past, present and future of Jazz all in a three-hour time period. There were middle school students on the Millennium Stage improvising solos with four seconds notice just yards away from the Concert Hall stage hosting one of the country’s most popular big bands. What’s the icing on the cake? They’ve all played music together before.

There were performance highlights, of course. Chris Crenshaw, one of three trombone players, sang a heart wrenching, soulful rendition of the Count Basie classic “I Left My Baby” and trumpet player/arranger Printup wailed an improvised solo equivalent to the likes of Aretha Franklin or Mariah Carey swelling a perfectly arranged melismatic vocal line. It was sexy meets classy with trumpet, vocals, and a big band.

Bass player Carlos Henriquez laid down some solid Latin-Cuban, claves-inspired rhythms during his original composition “Two Threes Adventure.” The entire saxophone section demonstrated their group versatility on Nash’s composition “Freedom Tree” by playing more than one woodwind instrument at some point during the piece, including flute, clarinet, bass clarinet, and soprano saxophone.

There’s a novelty to living in a city like D.C. It’s is a vibrant American city complete with more culture than Ryan Murphy can spoon-feed a horde of Gleeks in 40 minutes to an hour. The District is lucky. It gets the draw of your standard tourism crowd thanks to its status as one of “America’s biggest cities” and it is also the Nation’s capital. This city gets a musical draw that only the biggest cities in the world gets, so it only seems right to showcase our own born and bred musical genre featuring the performers of Jazz’s past, present and future.