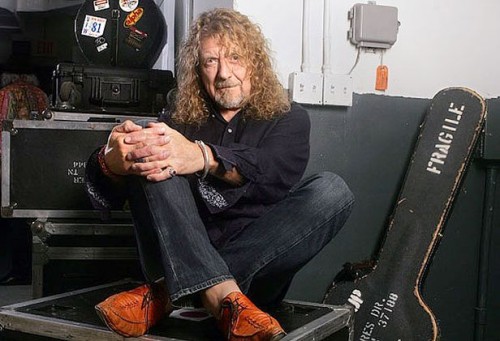 Like many people my age, we grew up as big fans of Led Zeppelin. They had the power and the superstar aura about them. They seemed far more mystical and untouchable than many of the other big bands of their day, akin to latter day Beatles perhaps. It has been interesting to follow the individual members since that time, as they have been much more down to earth in accessibility both personally and musically. John Paul Jones worked with Foo Fighters and Queens of the Stone Age members, Jimmy Page plays often and is open for interviews and was even featured in the documentary “It Might Get Loud”. Yet it is Robert Plant who has been most active with album releases. He has released a ten-disc box set covering his career and has since added an award winning duet CD with Alison Krauss. Now he is touring in support of his latest album with another solid group called Band of Joy.

First on the bill are the North Mississippi Allstars. This veteran band starts the show promptly at 8pm with a good crowd, but with some empty seats which will be filled by set’s end. It is just the Dickinson brothers tonight with no accompanying players. Cody mans the drum kit, while Luther (who also plays with the Black Crowes) plays guitar and sings. This is pretty much straight blues music, which can wear me out as I have heard so much of it over my lifetime. It takes a good player to get me excited about it and fortunately Luther is every bit of a good player. He is particularly excellent with the slide guitar parts, especially on the fast-paced solos. All of the faster paced songs were excellent. Some of the slower cuts also worked well with his straight forward vocal style. There were covers of Dylan and R.L. Burnside, who has played with this band (as has Burnside’s son). The set pulled in the audience and was enjoyable for me, which is no small task when you play straight forward blues.

The best thing about Robert Plant‘s solo career is the quality of the bands he puts together. After perusing some recent set lists, I was disappointed that he was not doing anything from “Dreamland” or “Mighty Rearranger” which had great bands and brilliant songs. But this band was not only excellent at the Americana style that I had expected, they also laid down some deep, dark, swampy-psyche blues rock as well. They were not too far off from a sounding like a slightly more mainstream, unholy alliance between Gun Club and Dr. John. Ace guitarist Buddy Miller was excellent and key to the style shifts. Byron House was solid and offered a flourish at times on acoustic and electric bass. Patty Griffin offered fine vocal assistance and some acoustic guitar. While Darrell Scott played mandolin, guitar, steel guitar, and banjo–sometimes two instruments in the same song. I thought the real key was the tribal thumping of drummer Marco Giovino. His style was sort of a middle eastern Scott Asheton (The Stooges) that really set the tone for the others to riff on. Plant was in fine voice and played a mean harmonica on one song. He stepped back allowing all but the drummer to have a lead vocal, but sang harmony parts throughout.

The interesting thing I found was how much more universal this music is, rather than the “British guy goes Americana” that is often mentioned. First of all, British acts not only grabbed on to American blues, but they have been pulling in Americana since the 60s with bands like Fairport Convention, Pentangle and many of the guitarists operating solo at the time. Plant was clearly into that scene. But like Davy Graham, he is also pulling from the Middle East and combining everything into great bursts of intriguing songs and arrangements. He did just short of seven songs (well 6.3) by Led Zeppelin, which begs the question of why not do that reunion? Of course the arrangements here were quite different and hopefully he’ll make some time to work with his former band again. But if this is all you get, it is well worth it. “Down to the Sea” was amazingly mystic, while their bluesy take of “Satan, Your Kingdom Must Come Down” was solid. He even did one of the two Low songs from the album, which is also a credit to his ability to find great music from various places–past and present. The set was solid and if I had to pick, I would say his “Ramble On” was the best of the Zeppelin arrangements. But don’t take my word for it, I counted at least 12 phone cameras recording that one, so I am sure this and much more can be sampled in lo-fi. Fortunately, the sound tonight was full out hi-fi and better than I expected with clarity and space for the instruments to maneuver even with the volume. The crowd enjoyed it for likely a whole lotta reasons.

His current set lists seem to vary within a tight group of songs, although the encores remain the same. Tuesday’s set list: Black Dog – Down to the Sea – Angel Dance – Houses of the Holy – Satan, Your Kingdom Must Come Down – Move Up – Cindy, I’ll Marry You Some Day – Gates to the City/Wade in the Water/In My Time of Dying – Satisfied Mind – Tangerine – Harm’s Swift Way – House of Cards – Somewhere Trouble Don’t Go – Monkey – You Can’t Buy my Love – Ramble on – Tall Cool One – Gallow’s Pole. Encores: In the Mood – Rock’n’Roll – I Bid You Good Night…

Oh, and before I go, I must take issue with other websites putting the Grateful Dead’s name behind the final song “I Bid You Good Night”. At about the time the Dead started playing this Bahamian song it had been done many times before by other artists. a Scottish duo called the Incredible String Band incorporated it into “A Very Cellular Song” in early 1968. Plant most likely heard it there first, as he was a fan. In fact, he has earned my undying respect for his attendance at the Incredible String Band reunion show over a decade back at a moderate sized club in Scotland. As I said, there is much more than Americana at work in this Robert Plant performance.