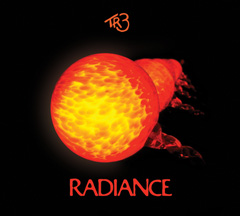 Guitar virtuoso Tim Reynolds and his band, TR3 are headlining the State Theatre in Falls Church, VA on March 2nd. Probably best known for his live acoustic performances alongside Dave Matthews and as a permanent member of the Dave Matthews Band, Reynolds has been performing with TR3 since 1984. The band has seen several different lineup changes over the years and now features Mick Vaughn on bass and Dan Martier on drums. TR3 is touring on their 2009 release “Radiance” which features an eclectic blend of music ranging from blues to middle eastern inspired riffs. Reynolds’ supreme technical guitar skills are constantly on display throughout the album and is a different style of music than what he plays when on stage with Dave Matthews Band.

Reynolds probably isn’t on anyone’s “Top 100 Guitarist Lists” which is a shame because anyone who has seen him perform knows that he’s an undisputed master of his instrument. Flying under the radar of such accolades is probably just fine with Reynolds and his humble demeanor, however. If you appreciate excellent guitar-work this is a show you won’t want to miss.