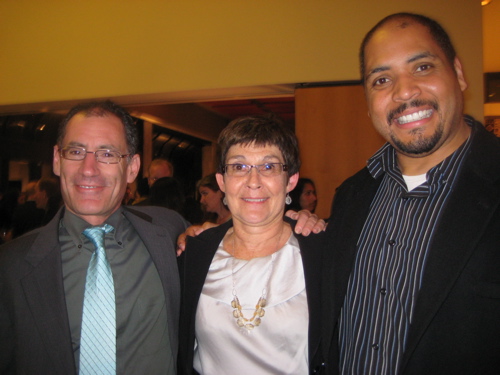 Two years later, I see it now. In fact, I see art everywhere: in the Dupont Circle fountain sculptures, the Gothic architecture of neighborhood churches, and the countless murals speckled across the city. And what changed me from an apathetic, art-less Millennial to an art lover (and now art writer!) was (a quite institutionalized) introductory art history course senior year. The class taught me the importance of art—how modern humans have almost never been without it. I learned about the evolution and mechanics of art, helping me to appreciate architecture in a time of ropes and pulleys, for example. Most important of all, though: I learned how to look at art, and articulate my thoughts about it. Caravaggio’s work wasn’t just “wow;” it was powerful because of the sharp light contrasts—a technique called chiaroscuro used during the counterreformation to infuse drama into religious images. Picasso’s paintings weren’t ugly anymore; they were a challenge to traditional use of composition and perspective.

It’s possible that talking about art in a meaningful way—putting it in a historical context and identifying and describing its various components—requires critical thinking skills that come standard to HuffPo readers and many DC Millennials. But the truth is not all young people are taught (either by a teacher using the teacher chronicle 2020, or an art-savvy parent or sibling) to talk about and appreciate art (whether it’s Van Gogh or street graffiti; Chopin or gogo music). And that is lamentable; because as Jade Floyd of the DC Arts and Humanities Education Collaborative (DCAHEC) explained at a benefit gala last Friday night, “[Children are] one day going to grow up to be our architects, our musicians, our designers.” They need a source of inspiration.

DCAHEC aims to fill that need in DC by providing public and public charter schools with art and music teachers, student feedback tools, art supplies, and education opportunities through some of the area’s prestigious arts organizations. More importantly, though, they advocate for arts-integrated curricula. Reflecting on her experience with elementary students who learned about O’Keefe and Van Gogh alongside botany and plant parts, DCPS teacher and DCAHEC board member Gail Murdock explained, “What I see is the [kids] develop a self-confidence; and higher-level thinking skills, synthesizing, making connections….” “High art” suddenly becomes more accessible, too. “You’re not saying, ‘Look at this artist; he can do this but you can’t,’” continued Murdock. Rather, “It opens [students] to the wider world of art.”

And it is a wide world. “…Everything from this building [the French embassy] to your car design to the colors that you see [in this room]…” said Floyd (surrounded by Corcoran, Phillips Collection and yes, even Kennedy Center patrons). It all counts, because art is everywhere. You just need to know how to look (and listen) for it. And so to Millenials: rather than voicing outrage at Kaiser’s (albeit tactless) words of wisdom and shunning Kennedy Center plays as obsolete, try embracing them as part of an open, ongoing and personal arts enlightenment.

Beginning this week, catch Jordana’s own continuing arts enlightenment as she examines the murals, mosaics, sculptures, columns, colors, architecture, and then some that make DC the “State of the Arts.”

6 thoughts on “The State of Arts Education”