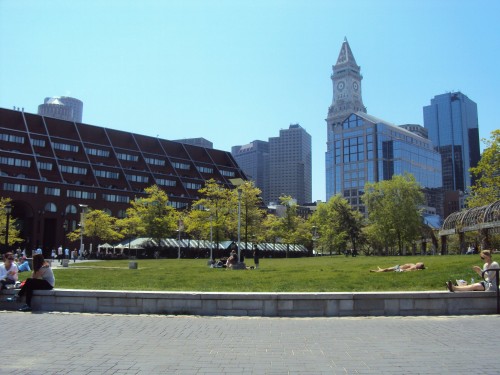 According to a piece featured on CNN.com yesterday, the typical American worker gets two or three weeks off out of a whole year to take a vacation. Only 57% of U.S. workers use up all of the vacation days they’re entitled to.

It’s unfortunate but that’s how it goes. We’re bad at turning off our brains for a vacation due to fear of future layoffs and the fast-paced work environment. What we need to get better at is letting ourselves take just a couple of days to recharge our mental, physical and emotional batteries.

I, too, had to make the choice to take a vacation. Instead of a week or a few days, though, I took one day and made a weekend out of it.

Thanks to my gracious tax return, I took the hour flight from Reagan National to Boston Logan and found myself in Beantown for a quick 48-hour tour of what I quickly found to be one of America’s most walk-able cities. In just two days time, my tour guide of a friend took me on a whirlwind adventure of Boston by foot. Here are a few of my favorite stops from that trip: 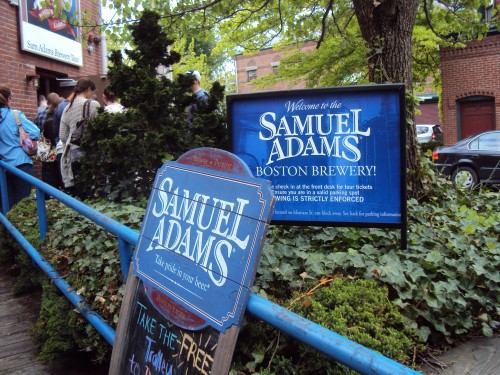 Samuel Adams Brewery: The tour is free. That’s right – free. You can taste the ingredients, see where they brew the beer, and then taste the product itself in the outdoor beer garden. This tour does enables day-drinking if you’re into that sort of thing. The Sam Adams brew crew allows for tour takers over the age of 21 to taste three pitchers (per table) of beer including the Boston Lager, a seasonal selection and a new beer not yet ready for distribution. It’s fun, delicious and all-in-all a good time.

Fenway Bars: While it might sound like this trip was all about drinking, I assure you it wasn’t. The bars by Fenway Park are more of an experience than anything else. The weekend I went was the first time the Chicago Cubs had played any games in Boston since the 1918 World Series. So, as you can imagine, the atmosphere had a Midwest meets New England feel to it. Places like Cask ‘n Flagon and Game On! are perfect sports bars to hang out and get a feel for the Boston sports and social scene – which is beyond vibrant. The Lansdowne is also a fun stop for post-game dancing and drinking. 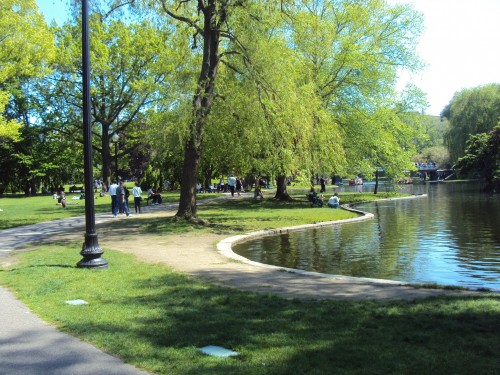 Boston Commons and Public Gardens: Some might say New York’s Central Park is the piece de resistance of parks in this country. I’m going to beg to differ on this one. The Public Gardens is gorgeous and small enough that there’s no chance of you ever getting lost inside of it or losing your friends while taking a stroll. Plus – there are swans in the pond. It’s adorable, well kept and the perfect spot to take a blanket and a book on a warm sunny day. Boston Commons, on the other hand, is a nice stretch of park in a city lot. There’s plenty of open space for outdoor birthday parties, frisbee tossing, dog walking, sun bathing and the like.

Mike’s Pastry: I had never heard of the place until touching down in town but Mike’s Pastry, located in the North End of Boston’s Italian district is probably a diabetic’s nightmare and sweet lover’s heaven. If you go, get a cannoli. End of story. 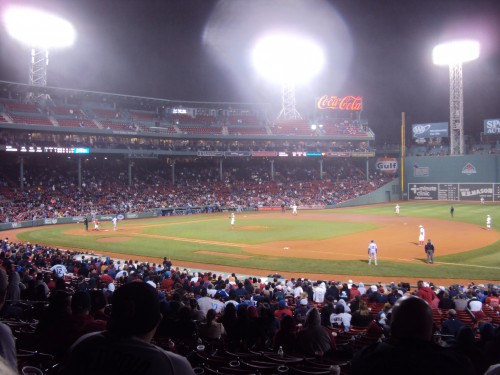 Fenway Park: Even if you don’t like baseball, you should still take the trip to Fenway Park for a ballgame. Before this past weekend, I had only ever taken the ballpark tour and hadn’t seen a game. There is nothing that compares to seeing a live ball game at Fenway. It’s small, intimate, clean and full of energy. I’ve been to hundreds of baseball games throughout my life and I can honestly say that being at Fenway Park during a live game is a priceless experience.. It’s as if, in those few hours, you become a little piece of the long-lasting history standing in that tiny space on Yawkey Way. It’s quite the thrill.