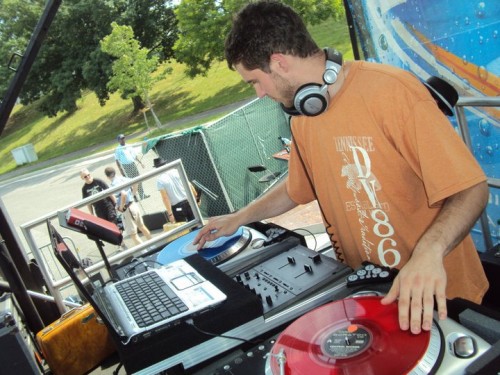 While a lot of us were off at the beach, visiting family, or at weddings this Memorial Day Weekend, Shea “DJ ReOffender” Mulcahy was busy turning a hobby into a professional freelance career.

ReOffender is a self-proclaimed “Man of Music.” When he’s not at his day job, he finds himself singing or at the keyboard writing songs. And him and his iPod? Well forget about it! If you saw him, you’d think they were permanently attached.

“Basically, music is my life. I love that anybody could express themselves through music,” he said. That’s what got him hooked on learning to DJ. 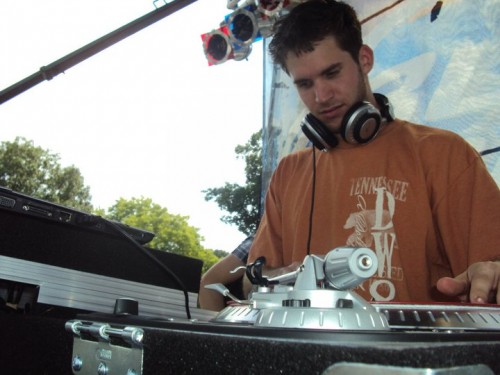 The DJ itch originally veered its head while ReOffender was in high school. He had a few friends who told him about gigs they would play. They would gush about how much freedom over the music selection there was while spinning records. As far as he heard, there were nothing but good things to be said. There was just one problem. Those friends never really talked about how they got started and he never took the time to ask.

Fast forward a decade and ReOffender has found himself the perfect way to learn to DJ while in the District: Beat Refinery.

Beat Refinery has two locations, one in Bethesda (Maryland) and one scheduled to open this month in Herndon (Virginia). The Bethesda location is where ReOffender got his start after hearing about the classes from a friend.

“In a nutshell, I’ve learned all the tools in order to take what was first just an interest of mine into a serious hobby and then into a professional career,” ReOffender said of his time with Beat Refinery.

“I’ve learned more about music theory, mixing and blending techniques, turntablism and scratching, different types of programming and software, and overall how to prepare for all types of gigs.”

ReOffender has been at it for almost a year now and spent his Memorial Day weekend driving around the greater DC area performing the entire time. For example, in a 72-hour period, ReOffender went from an in-store hip-hop gig at The Sports Zone in Greenbelt, Md.  to a top 40 dance-club night at Lupe in Dupont Circle and finally the Stars, Stripes, and Spokes bikini contest at RFK Stadium with Real Housewife of DC Michaele Salahi as a judge on Monday. 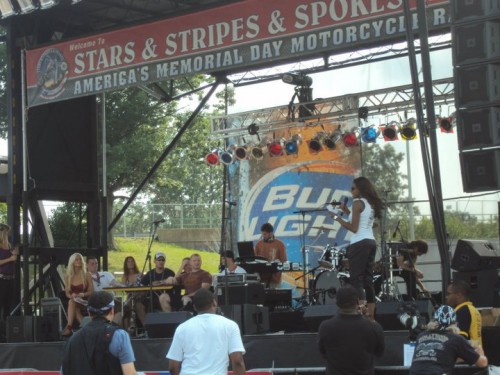 These gigs didn’t just hop onto his doorstep one day and say “Take me,” though. ReOffender attributes his success in landing professional gigs to the contacts he’s made through Beat Refinery and the online DJ community via Twitter.

Beat Refinery offers small class sizes of 8-10 students for 90 minutes at a time over six weeks. Beginners start with the basics including an overview of DJ theory (yes, there is such a thing), usage of DJ software, equiptment set-up, basic beat counting, and beat matching. Classes are available to DJs of all levels, though, from the beginner to the professional.

ReOffender’s favorite class so far was beat juggling and scratching techniques. Why? He learned from DJ I-Dee, a well-known name in the world of scratch music. That’s what Beat Refinery Offers – professionals in the field are at your fingertips if you choose to utilize the opportunity. It’s like Luke finding Yoda.

“I’m a firm believer in the fact that it’s never too late to learn anything new,” ReOffender said of his time with Beat Refinery. “If you have the drive then you should go for it.”

Summer Sessions at Beat Refinery are now open for registration.

One thought on “DJ ReOffender: A Beat Refinery DJ”