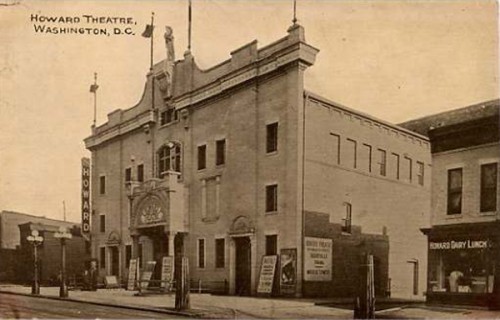 The newest performing arts venue opening to entertain Washington audiences really is not new at all. The Howard Theatre, re-opening this month, was originally built in 1910 and saw legends like Duke Ellington, Ella Fitzgerald, and James Brown to its stage.

While the theatre had been known as a place where color barriers were broken during the times of segregation, it was nonetheless damaged in DC’s riots of 1968, after which the Shaw neighborhood where it stands changed and the theatre never really recovered. In more recent decades, the Beaux Arts landmark fell into disrepair and, since 1980, sat dormant – a shell, holding only memories of the grand balls and shows it had once hosted.

In 2000, the Howard Theatre was designated an American Treasure under the “Save America’s Treasures” program by President Clinton, a designation for historic sites around the nation that are “so important to the history of the United States that they must be preserved and restored.” Once that status was achieved, a fundraising campaign to restore the theatre began in 2006 the renovations started in September of 2010.

Today, the building has been lovingly rebuilt and brought under the management of Blue Note Entertainment Group who also operate such noted venues as the Blue Note Jazz Club, B.B. King Blues Club and The Highline Ballroom in New York.

The elegant theatre has a flexible layout which can be set either “supper club” style for 650 seated guests or open for 1,100 standing. For comparison, the neighboring 930 Club accommodates approximately 1,200 standing audience members.

The supper club seats will be hotly-desired, too, because the supper itself is no bar-food after-thought. Instead, celebrity chef Marcus Samuelsson has helmed a menu that will bring diners out to the theatre to enjoy a meal before the show. On Sundays, the Harlem Gospel Choir will perform at a gospel brunch that is sure to be a truly special experience.

Performances begin on April 9th – and many events are already on sale. Performances by DC legends Bad Brains and Chuck Brown have, fittingly, already sold out – but music from Wale to Morris Day are still available. The booking is eclectic, though generally share a lean towards acts that might appeal to a slightly more mature concert-goer, which brings a nice diversity to a neighborhood more known for youthful indie crowds.

Breathing new life into a building so rich with history is always a powerful thing to see and Washington audiences are likely to feel instantly at home in this classic performance palace.

2 thoughts on “Historic Howard Theatre Opens for a New Generation”