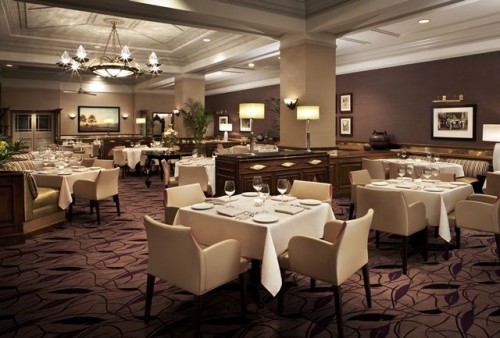 It was 90 degrees and all I wanted was a freezing cold lemonade and an ice bath. Instead, I walked into The Bombay Club for Indian food, not the usual remedy to a hot and humid District day, I know. But spicy food and a well air-conditioned beautiful setting hit the spot. I thought, “Do as the Romans do,”–or in this case the Indians–and eat hot to cool down. Somehow, it worked magic. 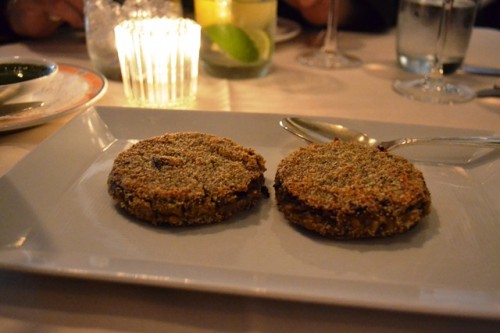 I spent many years living in London, where Indian food is a staple. There are epic curry houses and great take-outs, and high-end Indian restaurants galore. When I moved to D.C. that was one of the foods I missed the most, and really had trouble finding those amazing naan’s, tikka’s and chutneys I craved so much. Well, until I heard about this guy… Ashok Bajaj.

The Bombay Club is Bajaj’s first baby. The restaurant opened  the same year he moved to D.C., 1988. It is one of those long-standing dining power spots, and because the only power I have is in my imagination, I usually tend to stay away from places where the big boys play. But The Bombay Club’s accommodating staff and old-school ambiance manage to hit the right balance and attract all kind of diners. It was a Tuesday evening yet the place was full.

Ashok’s empire has grown from The Bombay Club, to 701 and The Oval Room, and a few Ardeo and Bardeo’s later, Bajaj now claims two Rasika‘s under his belt,  many restaurateur of the year awards, and consistent nominations for ‘best of’ in local and national outlets alike. He graces us with everything from Italian  to American to Indian. 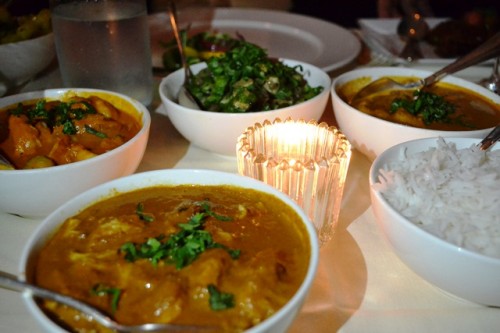 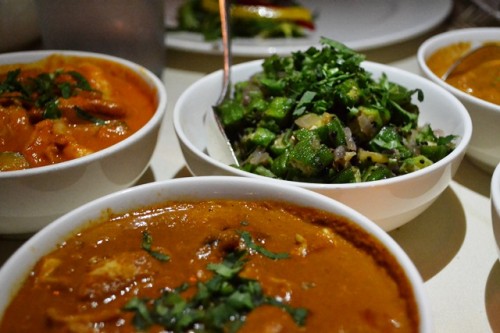 At The Bombay Club you get to experience a taste of India. And not just one but four.  For the entire month of June, The Bombay Club will be exploring dishes from different regions: Goan, Rajasthani, Mughlai, and Hyderabadi. I went to sample the Goan menu, which was a mix of a history lesson as much as it was a taste bud journey. Goan cuisine consists of regional foods popular in Goa, which is on the West Coast along the Arabian sea. It is a cuisine heavily influenced by the Portuguese, who colonized it for over four hundred years. Portuguese influence the food by the variety of potatoes, tomatoes, guavas, and cashews used, but also by the incorporation of coconuts, seafood and most importantly, the chili. 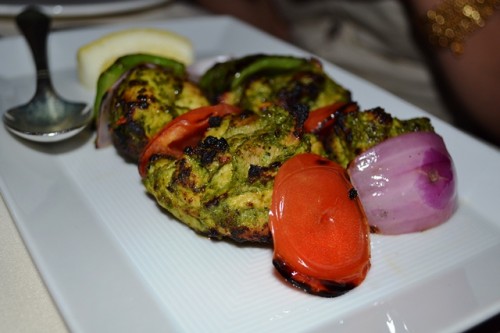 We had a mushroom karwari, little patties mixed with onion, ginger and lime and a scallop caldine, big scallops in a sauce made of cilantro, coconut and spices to start. The shrimp balchao was a spicy combination of onion, tomato and peri peri masala. The chicken skewers with cilantro, mint, vinegar and black pepper were a welcomed addition to set off the heat. Then several curries graced the table: Crab curry with toasted coconut, onion and toasted spices, Chicken curry with chili pepper, onion, coconut and garlic, and the prawn and bhindi curry with coconut, chili pepper, coriander and okra was my absolute favorite. A big serving of pork Vindaloo with onion and peri peri masala proved a heartier dish. For our veggie fix we had cauliflower Sukkem with mustard, curry leaves and ginger and Bhindi Sol- okra with mustard seeds and kokum. I recommend you do the wine pairings, as they are perfectly matched to cool each dish accordingly. My favorite was the Vinhos Borges Gatao Vinho Verde. To sweeten the palette we had a tender coconut caramel pudding and elaichi kheer- a typical Indian rice pudding with cardamon. 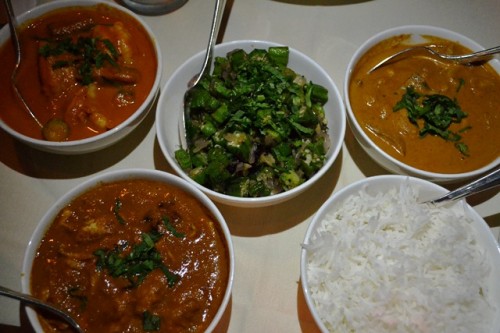 The three-course menu will highlight the regions of Goan/Manglorean from June 1st through 9th; Rajasthani, from June 11th through 16th; Mughlai, from June 18th through 23rd and Hyderabadi from June 25th through 30th. The culinary journey is priced at $52 per person or $78 with wine pairings (excluding tax and gratuity).