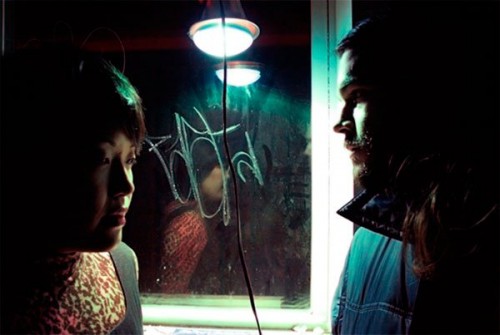 Nicole: It came together as an outlet to write more pop based songs.  I had just been in a band called Mommies that was more angular and mathy and was really looking for a way to write some nice melodies.  Daniel joined super casually because we just wanted to play a show and record a few songs.  Three years later… 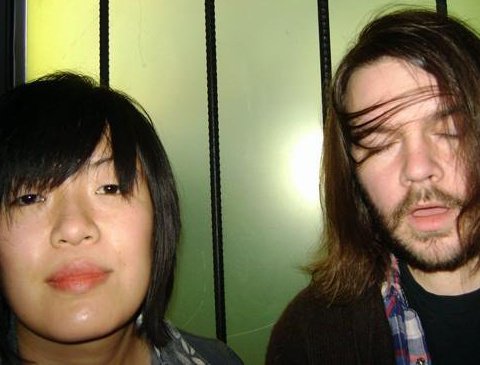 Nicole: The scene in Roanoke is really random.  People do whatever type of music they want to do without the pressures of competition to get shows or to be “relevant” or whatever.  Roanoke doesn’t have too may places to play as a band so it really is a great place to be away from distractions and create!

Alexia: What are you listening to these days?

Nicole: These days I have been listening to Tom Petty, and Stone Temple Pilots.  Yeah, I know.  We just played a show in Toronto with Mac DeMarco and I really am liking what he’s doing!

Alexia: So your second album is coming out soon- how was the process of making this record, and how was it different from the first?

Nicole: The process was much shorter and more grueling than our first album.  Silver was a collection of songs recorded over a year while Correct Behavior was done 14 hours a day for two weeks.  By the time we recorded it I think we were just more prepared and ready to pour our devotion into it.

Alexia: I heard you worked with the Raveonettes on your new album! How did that come about, and what was that experience like?

Nicole: We were lucky that a year ago Sune Rose Wagner of The Raveonettes just happened to catch a show of ours at the Knitting Factory.  He told some people we are close to that he liked us and would be interested in recording us.  We were floored.  Later last summer we were able to do a weekend of shows with them and I finally and sheepishly asked him if he would and he said yes!  In early fall time it became clear that he had too many musical obligations of his own so he offered to mix and produce the album with Alonzo Vargas, who has worked with P. Diddy and done the Dum Dum Girls albums.  He just needed us to record our tracks ourselves.

When we finished our recording session in Roanoke with our long-time engineer Joe Lunsford and our good friend Al Creedon of Bleeding Rainbow we sent to Alonzo and Sune and they sent us mixes and notes.  It was crazy because their take on our songs were so different than anything we had ever done up to that point.  It was a shock!  But once the initial shock was over we realized that our songs sounded amazing and we were ecstatic!

Alexia: You all have done quite a bit of touring in support of other acts, and are now touring on your own- do you have any favorite moments, memories or shows from your touring experience so far?

Nicole: Playing with The Raveonettes was pretty huge for us.  They are so nice and down to earth and witty.  It was really refreshing!  Also we love any opportunity we get to play with our pals Bleeding Rainbow because our two groups really to push and motivate each other- a really healthy artistic relationship!

Alexia: What’s in the future for Eternal Summers?

Nicole: We are planning on some pretty extensive touring for the rest of the year!  Maybe Europe?

Check out their new video for their single “Wonder.” Catch Eternal Summers this Saturday, June 16th at Comet Ping Pong!