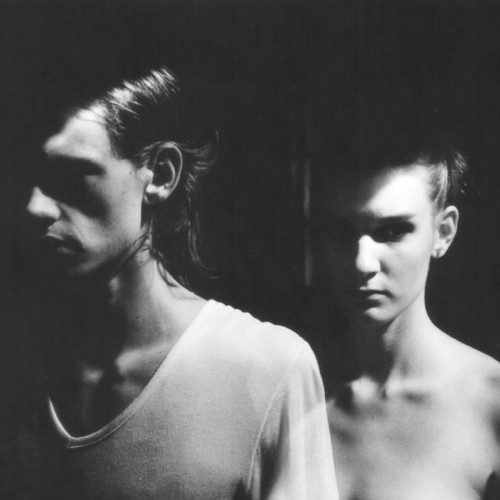 GEMS is the newest creative vehicle for Clifford John Usher and Lindsay Pitts, formally formed in August of 2012. Their sound is dreamy, lush, hypnotic, melancholic pop. Previously the duo went by the name Birdlips, and had a more acoustic driven, organic, though equally gorgeous sound. Both incarnations feature beautiful vocals and highlight harmonies, nestled in layers of lush sounds. GEMS will be playing before hitting the road to SXSW. (* note- due to inclement weather, this show has been canceled.* )We Love DC got the chance for a brief chat with Cliff this past week, and here’s what he had to say.

Alexia Kauffman: So how did you you first start playing music?

Clifford John Usher: Well Lindsay and I met in Charlottesville, Virginia, I guess it was in 2007, and started playing in a college band that we had, and that band broke up after school, and we started Birdlips then, just the two of us. And then this new band was started this past August. We had known that we wanted to start a new band for a while, so it was kind of a progression.

Alexia: So what brought about the whole metamorphosis into GEMS?

Cliff: It was really a variety of factors, I guess. We did Birdlips for over five years, and I think the last year and a half of Birdlips we were pretty certain we wanted to do something else. I think we just wanted a clean break. We wanted to kind of start over in a lot of different areas, and not feel like we were obliged to keep playing old material. We didn’t want to feel constricted by what we had done in the past, I guess. We knew we wanted to do something louder, more electric. We wanted to get away from the whole folk association that we kind of had in Birdlips. It was hard, you know, even at the end of Birdlips we were doing something that I don’t think was really folk at all, and we still felt kind of trapped by the folk or psych-folk genre. So that was a big part of it. And we just had been playing more with electric guitars and with different recording techniques, so it kind of just made sense to us to start a new band. We’ve also been playing with a drummer. Which all the shows we’ve done as GEMS so far we’ve done with a drummer. Although the string that we’re getting ready to do- going down to South by Southwest we’re just going as a duo.

Alexia: How did you first start playing music on your own? Did you start as a kid?

Cliff: Oh, yeah- I had kind of always played instruments as a kid, you know, recorder, viola, saxaphone, clarinet, bass clarinet. And then when I started playing guitar it was kind of like I’d found my instrument. I started playing in bands in high school. Didn’t really get serious about it until college, probably. For Lindsay it goes back to singing in choirs and stuff, youth choirs. I think she even did some musical theater stuff in high school. Although she might be mad if I told you that.

Alexia: So is there one song or artist or album that first made you fall in love with rock music?

Cliff: Oh, that’s a good question. Nirvana was probably the band for me. Right when I started playing guitar I had a neighbor who was like a “bad kid” who like smoked cigarettes and was always being expelled from school and stuff, he played electric guitar and he taught me the first song I ever learned on guitar which was Nirvana’s “About A Girl.” And he lent me all of his Nirvana CDs, and I, like, pored over them. It was a great way- Nirvana songs are so simple, you know? Which I think is really awesome. It’s something I’ve rediscovered recently- how the simplicity of Nirvana songs is part of what makes them so powerful. You know, a kid who is just playing guitar can learn most Nirvana songs.

Alexia: Well Nirvana was my first love too.

Alexia: So it sounds like you have a lot coming up. I really love that video you all did recently for “Pegasus“. What’s on the horizon?

Cliff: Thank you. Well, we actually have a 7″ single coming out next month, I think, or it might be this month, coming out through this blog called Turntable Kitchen, a San Francisco blog. It’s going to be the 7″ single – the A side is “All I Ever”, a song we already put out, and the B side is called “Never Age,” and that’s a new song.

Alexia: And then you’re heading to South By Southwest this month?

Cliff: Yeah. We played a few shows right when we formed the band, in the fall, so now it kind of feels like we’re playing our first shows all over again. But we’re going to be playing first at Rock & Roll Hotel, and then up in New York, and then driving straight from New York to Austin.

Cliff: Yeah! We’re gonna be booking it! And we’ll probably put out an EP in the near future.

(due to inclement weather, this show has been canceled.)