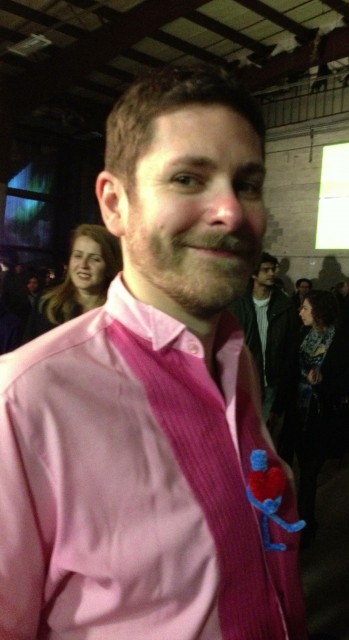 The perfect day in DC would definitely start with a long walk through Rock Creek Park. There’s so much to explore without even leaving the city. I love seeing whatever’s new at the National Gallery of Art or watching an IMAX movie at the Air & Space Museum. Dinner at a hot spot on H St. NE like Granville Moore’s, followed by live jazz and a delicious bottle of wine at HR-57. Then down a bottle of Mountain Dew and dance to house music at U Street Music Hall until collapsing. I’m still shocked at the number of people who haven’t heard of the Fort Reno summer concert series. But I’m also embarrassed to admit that I grew up in the DC suburbs and didn’t hear about it until 2007. The first time I went, I was blown away by the good vibes and the dedication to local music, and gears started turning in my head. And here we are.

I always snap to attention whenever the Washington Post publishes music journalism by Chris Richards. Chris’s epic swath of knowledge about so many different kinds of music is inspiring. He played in post-hardcore band Q And Not U, he released a 70s rock influence album with John Davis under the name Paint Branch, and he runs a new age DJ night called Glide. DC is often known as a transitional city for a lot of people, but we are lucky that Chris Richards not only stayed in DC but continues to profile DC musicians in the Post.

Who’s an up-and-coming DC artist you think people in this city need to go and check out ASAP and why?

Man, it’s so hard to pick out just one. My favorite recently has been dance music duo Honest Haloway. Tim Kratzer, formerly of the indie rock band The Vita Ruins, really changed his focus for this project, and found a fantastic drummer in Charlie Karim. I was sad to see their headlining set at Cherry Blast V cut off my mischief. They really made their mark with the totally-NSFW music video for Psycho Bitch that came out a couple of months ago. It’s ambitious and creative efforts like that prove that the Hometown Sounds DC Music Video of the Day feature is so vital and necessary.