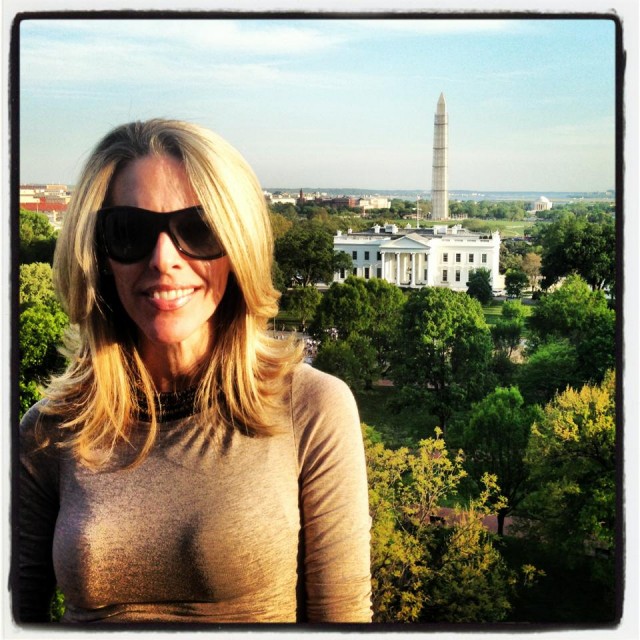 Her passion for music (and the people behind making it) led her toward creating content for DC Setlist  (a site that, ” […] exists to discover and discuss all things MUSIC in DC and around the world. So get in the mix, join the conversation & help us build a community around the DC music scene & beyond!”) and into a life working with some of DC’s finest venues including The Hamilton Live and currently The Howard Theatre.

A perfect day for me in DC would include the following: An hours long brunch with good friends at my new favorite spot, Le Diplomate, or something outside like a walk through Georgetown, sailing on the Chesapeake Bay — have a good friend w/ a sailboat amazing way to spend the afternoon — or going to see a Nats Game. Then I’d head over to The W Hotel for rooftop drinks to watch the sunset over the best view in the city followed by MUSIC at The Howard Theatre. They have such a rich musical history and great shows.

What’s your favorite hidden gem of a location in DC?

How did you find it and why do you love it? The Bishops Garden on the grounds of the National Cathedral. How did I find it?  An old boyfriend took me there as a romantic spot to make out in when he was courting me. I have to say it was romantic and is still utterly beautiful and tranquil.

Robert Egger!  Robert is the founder of DC Central Kitchen. DC Central Kitchen is a culinary program designed for individuals recently released from prison. They learn culinary skills so that they can secure a job once they graduate the program while feeding DC area homeless. Win-Win and all about empowerment!  It’s an incredible model that he just recently took to LA. That’s my kind of celebrity! We need more rock stars like him.

What would you say is a unique characteristic of the DC music scene when compared to other major cities?

Well for a political town it sure has spawned a lot of amazing bands:  Black Flag, Fugazi, Thievery Corporation, Bad Brains, Chuck Brown.  DC just celebrated the 1 yr anniversary of the Godfather of Go-Go’s passing this past week. For those who are not familiar,  Go-Go is a genre of music that was actually born in the D of C, which makes it completely unique to this city!