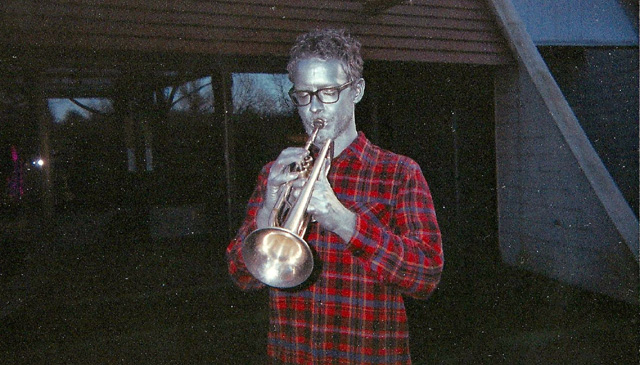 MM: When you say it’s complex, is that a deliberate thing? You write songs that are deliberately layered?

DH: I wouldn’t say that it’s deliberate. I certainly know what I’m doing when I record them. I actually oftentimes set out to do one thing, and it comes always comes out the way it comes out. It’s just the way I write music and the way I record music. I’m always striving to make a choral vocal sound. I don’t know why. It’s partially because I have a choral background and because I love things like the Beach Boys and big vocal blends.

It’s the way it comes out. I refuse to limit to my recording style to make it easier to play live.

That’s the way I work. I won’t make compromises.

MM: So for the second album, did this get easier for everybody?

DH: I think mostly it’s a function of allowing myself to change the songs to play live.

On the second record, the songs are a little bit more structured. On the first record, a lot of the songs are just one chord and these big choral things are happening on top. The songs lend themselves to being played live.

Also, I have changed some personnel in the band. The personnel fit the music a little better. That’s not to say my old band wasn’t good; it was great. Now I have a group of musicians all of whom sing beautifully and play their music beautifully. Anything I throw at them, they make it sound great.

It’s a matter of maturity too from my own perspective. It used to be that I would get freaked out about the prospect of singing in front of people.

I’ve always been in other people’s bands since I was 15. I’m 32 now, and I have my own band. It’s refreshing to know you can get better at something.

MM: Anything you are looking forward to while you are here?

DH: I’ll pick up a Washington Post! I grew up eating cereal and reading Tony Kornheiser and Michael Wilbon and the Style Invitational. It’s one of the last major newspapers remaining and it’s one of the best newspapers in the world.