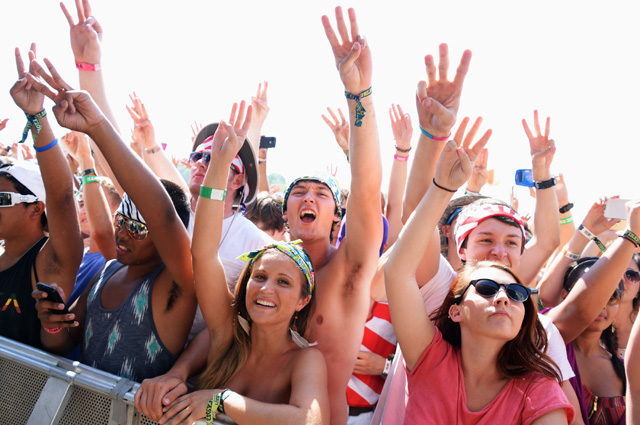 Red Frog LLC of Chicago surveyed 60 locations across the country before settling on Dover for Firefly, said Greg Bostrom, Red Frog’s Firefly Music Festival director, at a press conference Friday. Some exhibitions doubled in size, like the Dogfish Head brewery, and the Coffee House on site hosted bands as well. Including the formal stages, the festival offered nine different areas where bands could play. Not all of those stages were in constant use, allowing festival revelers the opportunity to hop from one act to another. Should Firefly decide next year to run more acts concurrently, its offerings could easily outpace Coachella.

I started my first day of the festival doing what festivals do best — give you the opportunity to see new bands. I caught a few songs by The Neighborhood, who were playing early on the Firefly main stage. The California boys stormed through popular numbers like “Afraid” and “Sweater Weather,” inciting a respectable gaggle of early concert kids to sing along. Later, I check out Sister Sparrow and the Dirty Birds, out of Brooklyn, as they deliver some bluesy funk to the backyard stage. Arleigh Kincheloe (aka Sister Sparrow) has a really big voice to go with her big band, and people were letting loose to songs like “Eddy” and “The Long Way.”

Not long after, I get a personal treat as a favorite band Dragonette play a short set on the small alternative “Soundwave” stage set up by Toyota and Spin magazine. The Toronto new wavers only play three or four songs, including the dancey “Live in the City,” but it’s an unexpected thrill to be able to get right up front for a performance before they play their main set later. These alternative locations like Soundwave allowed festival attendees rare mini-concerts for five-star performances — Dan Deacon spun a DJ set at the stage shortly before Dragonette took it over. 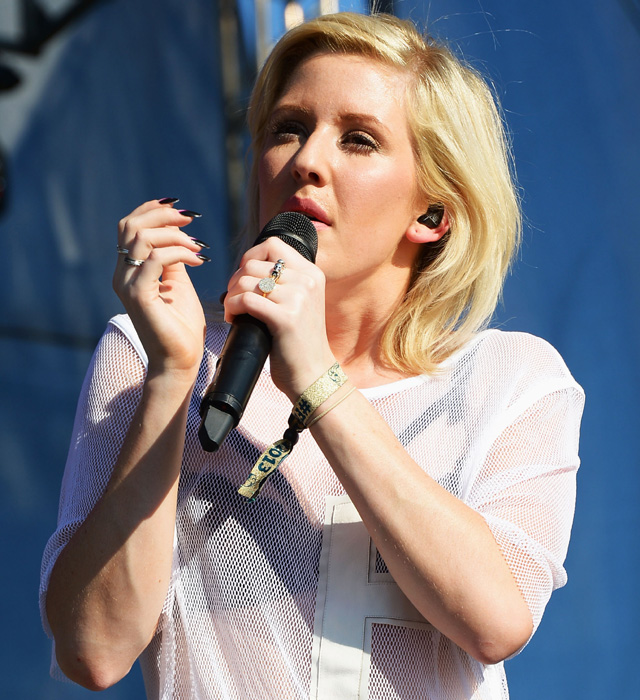 A little later at the lawn stage, I catch one of the big attractions for Firefly, English songbird Ellie Goulding, who brought plenty of charm and energy to her set. She wowed the crowd with her song “Joy,” which started out as a ballad before exploding into an hi-nrg crescendo. Goulding brought her distinctive voice to a cover of Elton John’s “Your Song” and the unexpectedly racy yet desolate “Under the Sheets.” The chirpy dreampopper got the very packed field to dance along to the only slightly happier “Anything Could Happen” as well.

I have some time to kill, so I return to the backyard stage for a few songs by Public Enemy. They are not my cup of tea, but hey this is a festival and it’s a chance to explore things you would not otherwise have explored. After a decade in which the very precise Chuck D and the very flamboyant Flavor Flav became media personalities under very different circumstances, it was odd to see the two men rapping with the rest of Public Enemy. The two performed a very earnest tribute to their band DJs — Terminator X and DJ Lord, the latter of whom was on hand and spun up a frenzy of the 90s greatest hits to get the crowd feeling groovy. The band then jammed through songs like “Louder Than A Bomb” and “Show ‘Em What You Got.” Chuck D also took the opportunity to rant against the National Security Agency and recent revelations of its wiretapping programs telling the spy agency (which apparently is “in our backyard” and “in our minds”) to go f**k off. 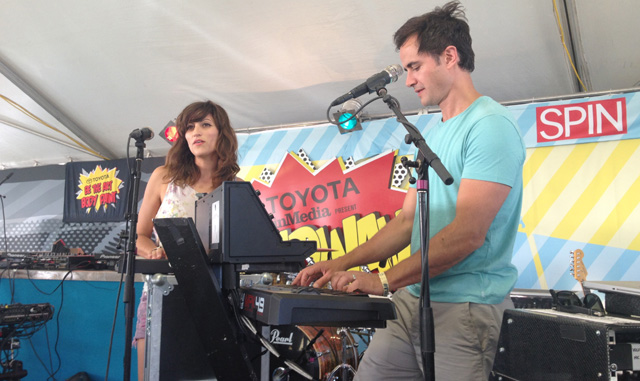 I close my personal day at the more intimate porch stage, which hosts Dragonette for their main set. The trio are in fantastic form, opening with a medley of their song “Pick Up the Phone” and Cyndi Lauper’s “Time After Time.” The audience is loose and happy and by the second song, “Riot,” they are dancing up a storm. The band kept the energy up, and made me happy by delivering a truly new wave experience (synths + guitar) as Martina Sorbara and Dan Kurtz both picked up guitars to augment the electronics and Joel Stouffer’s drums. But they also turned in great crowd pleasers when they went for big synths, as with their super-popular “Hello” (the collaboration with Martin Solveig). They brilliantly ended their concert with a performance of their glam thumper “Fixing to Thrill,” which they mashed up very effectively if only slightly with “Dare” by Gorillaz.

My second day wasn’t nearly as ambitious as my first. I took a leisurely lunch with my family before my niece ran off to do whatever teenagers do at festivals. I then took to the backyard stage again for A Silent Film, a post-britpop quartet that caused a lot of ladies to swoon. The gents entranced their largely female crowd with selections like “Anastasia” and “Danny, Dakota and the Wishing Well.” They got a nice call and response going with “whoa-oh-ohs” and the like during their song “Harbour Lights,” which was a nice touch that established some good audience rapport.

I’m back to the backyard stage (where I’m apparently spending a lot of time) for Scottish synthpop trio Chvrches. Spritely Lauren Mayberry may be a somewhat unlikely frontwoman, but she sounded great and she was good with people. Chvrches were very pleased with the very enthusiastic reception they received, particularly considering their first full-length album, The Bones of What You Believe, isn’t due for release until September. The band struck up its new single “Gun,” a punchy dance number that everyone loved. The audience also rapturously embraced the crystalline and airy “Recover,” one of the band’s most popular tunes. Mayberry kept the show on pace and playfully admonished the audience several times for crowdsurfing and smoking weed. “You know this is a synthpop show, right?” she asked in response to the unexpectedly high level of rowdiness. Chvrches are new favorites! 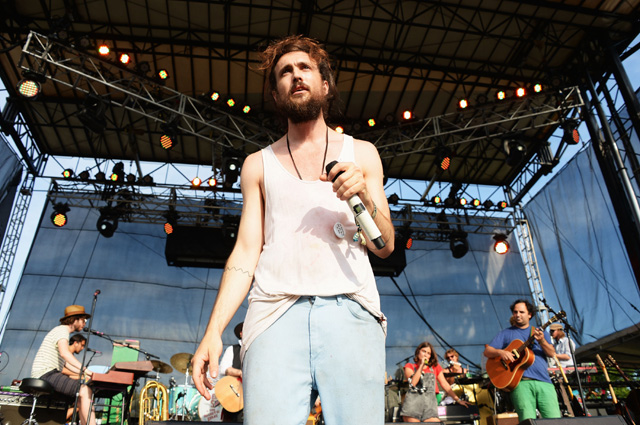 I could continue to go on and on but I’ll simply close on one other experience that makes big festivals like Firefly great. Sometimes you unexpectedly catch something big and powerful at a festival in a way that only 60,000 people can deliver. Around dinner time, I headed back to the lawn stage, where I caught a little bit of Edward Sharpe and the Magnetic Zeros — perhaps not a band I would have gone out of my way to see. But I was struck by an extraordinary rendition of their signature song “Home,” which for all of its goofy cuteness managed to sweep up thousands and thousands of people in a heartfelt singalong so staggering in its proportions that the band itself seemed overwhelmed by the sheer magnitude of the admiration and generosity of the audience.

It was such a lovely moment to see so many people gathered together to bond over a shared love of music, and it really brought home what festivals are all about. I’m looking forward to equally impressive moments during next year’s Firefly Music Festival. Stay bright, Firefly!