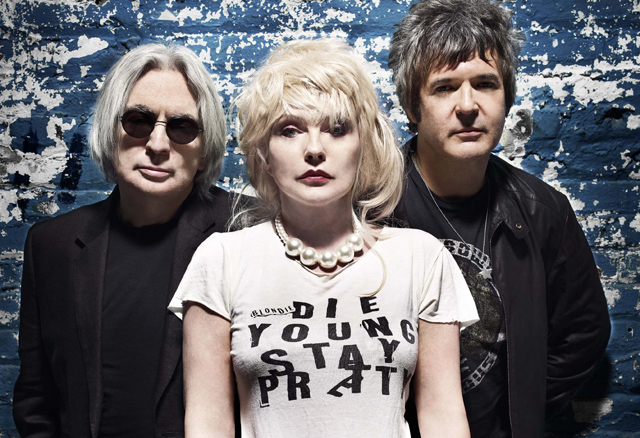 Joined by Los Angeles glam punksters X, Blondie’s “No Principals Tour” starts today in New Hampshire before hitting the 9:30 Club Monday. Perfect timing for a town that has returned to work from a long Labor Day holiday. And perfect timing for classic Blondie members Debbie Harry, Clem Burke and Chris Stein, along with new additions Leigh Foxx, Tommy Kessler and Matt Katz-Bohen, to visit town. Lest you think the new members might not have anything to add to such a hallowed band, I point you to powerhouse guitarist Kessler, who I caught ripping up the classics and adding subtle nuance to new songs with the band last year. His energy alone reinvigorates a stage show for material that already has maintained its shine for more than 30 years.