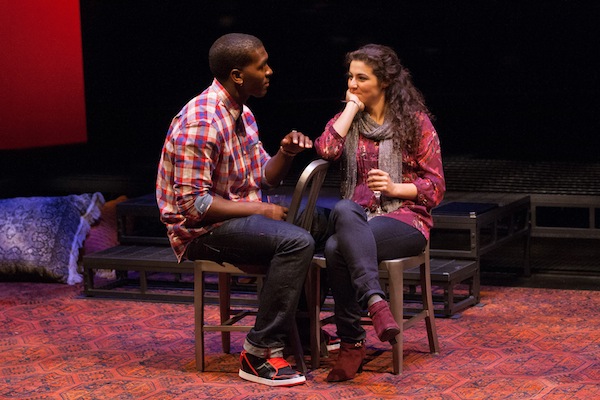 (L to R) Khris Davis as Duke and Melis Aker as Roya in Love in Afghanistan at Arena Stage at the Mead Center for American Theater October 11-November 17, 2013. Photo by Teresa Wood.