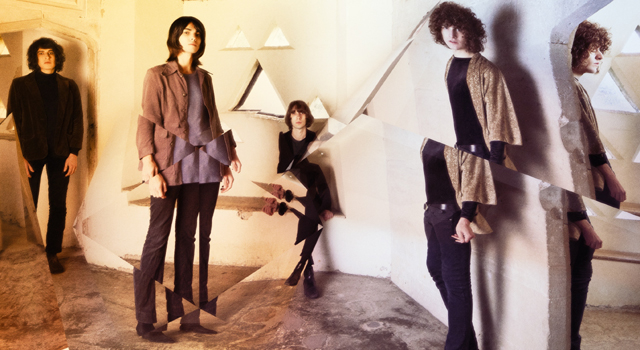 Pysch-pop outfit Temples seem to be one of those bands that broke into UK public consciousness faster than the band could keep up with it! Not due to release their premiere LP Sun Structures until February, they already have opened for the likes of Suede and Kasabian. Now they are making their first solo tour in the United States, and they are hitting very accessible venues like DC9 this Wednesday, Nov. 27.

As you can see in the band’s latest video above, for the song “Keep in the Dark,” they have a flair for classic psychedelic sounds and looks with modern theatrics and visuals. They might get too big to ever see them at a venue as intimate as DC9 again, so don’t miss out on this opportunity–particularly since the next day is a holiday!