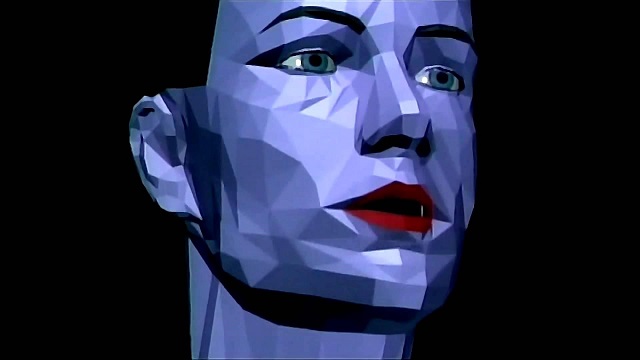 The show sounds like robotic perfection, as well. Co-founder Ralf Hütter (b. 1946) is the ever-modulating voice behind the vocoder, and all four band members do something or other — manipulating whatever knobs, dials and sliders on their synthesizers (and foot pedals below).

However they do what they do, it’s a generous set list on a short U.S. tour — 20 classic Kraftwerk tunes, starting with “The Robots” (1978) and including many other highlights: “The Man-Machine,” “Neon Lights,” “Autobahn,” “Trans-Europe Express” and “Musique Non-Stop/Boing Boom Tschak.” Not on the playlist but missed: the dramatic “(Minimum Maximum) Electro Cardiogram” and the sentimental “Europe Endless,” the latter so brilliantly referenced in a recent OMD song, “Metroland” (2013).

Before OMD, Gary Numan, The Human League, John Foxx, Devo, Art of Noise or, really, any other synthpop performers, came Kraftwerk. Much has been written about the legacy and influence of this legendary band, formed in 1970 in Düsseldorf, Germany. Suffice to say, the men of Kraftwerk are often revered as the first pioneers in synthpop music. And that, I think, starts to get at the best aspect of the show now on tour.

These four spry, aging men, in their droll jumpsuits and rubber loafers, have returned to the here and now to show us all how the future was supposed to be. They want us to see and hear the beauty and synchronicity of consciously crafted artifice. In Kraftwerk’s world, the buildings, the trains, the Autobahn and the man-machines are all clean and gleaming and efficient and the neon lights so joyous to behold and imagine:

Perhaps the one caveat to that romanticism is the song-combo, “Geiger Counter/Radioactivity” (1975), which represents an anti-nuclear power sentiment. The (amended) lyrics list sites of infamous nuclear reactor disasters, such as Chernobyl, Harrisburg, Sellafield and Fukushima. It strikes me as an incongruous (if not uncommon) sentiment, not only because Kraftwerk seems otherwise so smitten with technology but because many forms of useful technology, combined with human error, carry (more common and imminent) risk of injury or death — not least, all those cars traversing the celebrated Autobahn.

That aside, Kraftwerk do what they do so well: Deliver the glamour of retro-futurism, Modernism, and transhumanism in epic form. It’s something that could be viewed cynically, as quaint or doomed utopian thinking — or else appreciated, as a vision for the best, most advanced versions of ourselves. I would rather imagine the latter; Kraftwerk’s future shimmers in neon light.