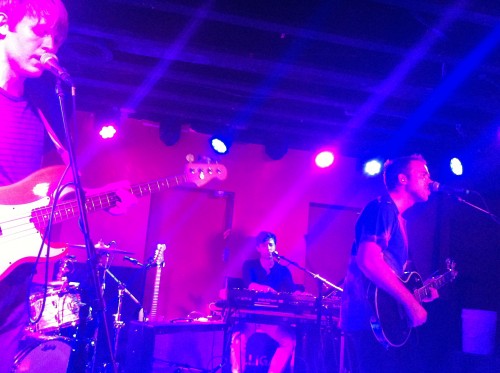 The coolest part about being a band for as long as Filligar has is that it leaves opportunities for older material to be resurrected in a new way. Filligar’s got a knack for doing this, which speaks volumes of both their love of writing music together and how much they listen to and admire their fan base. Old gems including “The Observatory,” “Fruit Fly,” and “Apricot Jam” remain a part of the band’s live show despite having been released awhile back.

Now – it’s the steady pulse provided by Pete on percussion and Ted on bass that establishes the hardy heartbeat of Filligar’s tracks. That combined with Casey’s virtuoso comprehension of piano and keys plus Johnny’s strong yet rugged vocals and dynamic guitar solos makes for a live show fans consistently leave raving about. Their set at DC9 was no exception.

Fans didn’t want the show to end that night. They fought as loudly as they could with their words, hopefully chanting for more music. After a certain point, though, the night did have to end. The good news is that this band’s been together for a long enough time that no matter what’s in store for them next, they’ve produced a quality catalog of rockin’ tunes for fans to devour for years to come.