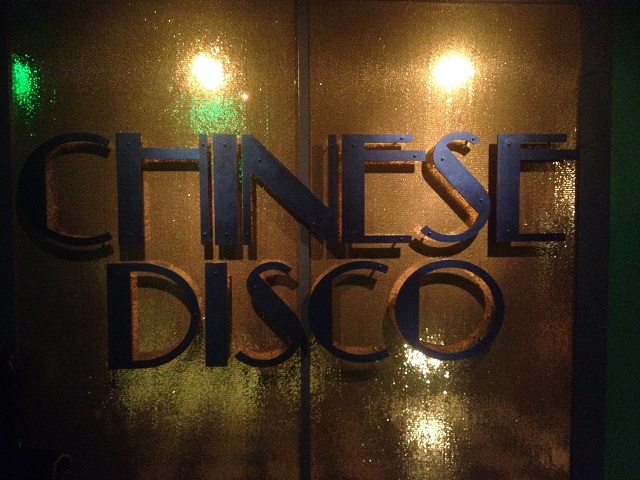 The music perhaps was a bit of a far cry from songs by the likes of The Temptations and The Four Seasons played at the original Chinese Disco, where kids popularly danced the Carolina Shag. But the fun-loving crowd at the reborn Chinese Disco ate it up and danced their hearts out while drinking buckets of canned beer.

Which brings me to drinks at the Chinese Disco. A typical can of beer (yes, cans only it seems) runs $6-$7. Buying a bucket of six basically comes out to paying for five and getting a free one. The same sort of deal goes for pitchers of cocktails (referred to as “growlers” on the bar menu). Chinese Disco cocktails include an Ocean Reef Cap, Chi Di Crush, Congo Melon Mule and others. Generally a cocktail runs $7-$12 but the growler yields six for the price of five. Buying in bulk appears to be encouraged.

Bottom line: The soft opening was a great party! The Chinese Disco is a nicely remodeled bar offering some much required dancing in Georgetown. A worthy addition to the neighborhood. 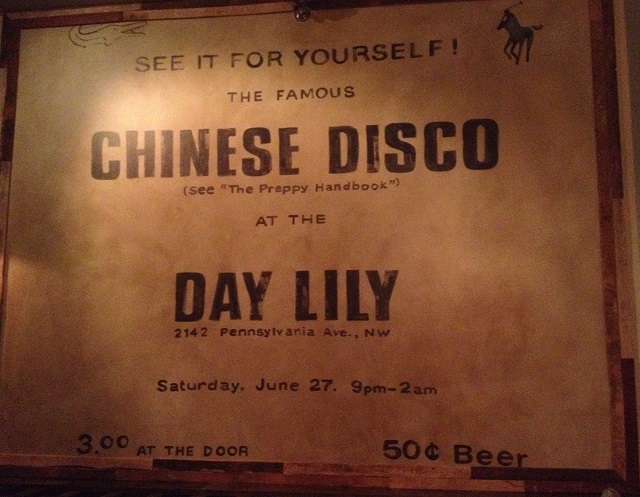 A sign advertising the original night at the Day Lily hangs inside the new club.