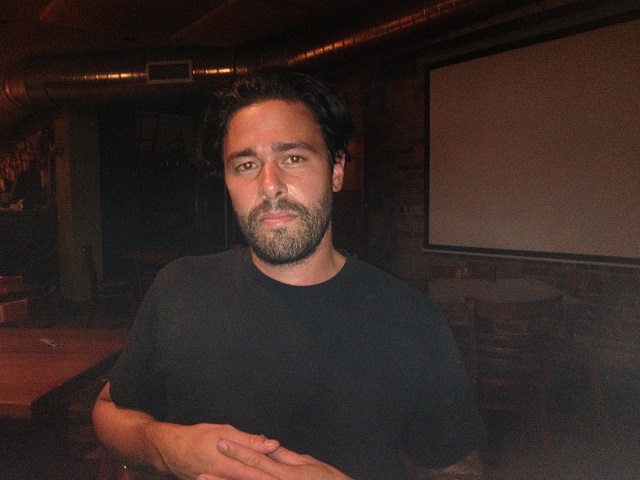 Out of art school, Jesse Miller sized up his prospects and took a job at the Elkridge Furnace Inn in Elkridge, Md.

The restaurant has one of the best wine programs in Maryland, offering gourmet French food to hungry customers as well as hosting weddings and catering.

At first thankful for a job, Miller ended up staying there for seven years.

“I was lucky enough to get a job there and that’s how this started,” said Miller, now chef at Bar Pilar and its sister establishment Café Saint-Ex. “Otherwise, I would still be trying to paint and living in the street someplace.”

He learned a lot at the Elkridge Furnace Inn that he applies to Bar Pilar, where his friends and customers hail him as an innovative chef.

“I was taught that a chef should accommodate anything at any time for anyone,” Miller said. “If you don’t like our options, we can always do something.

“I learned that from my first job,” he added. “I would be on the line getting my ass kicked, the chef would pull me aside. He would say, someone go take Jesse’s station! We have a gluten-free vegan upstairs who needs something. He would turn to me and say, go make a special.”

That philosophy carried itself through Miller’s career so far. But perhaps more importantly, Miller met his best friend and mentor at Elkridge Furnace Inn–Justin Bittner. Bittner went on to become chef at Café Saint-Ex, and Miller followed. In 2013, Miller took over the reins from his friend, who took a job elsewhere.

“He taught me how to refine my technique–little things I wasn’t seeing from other chefs,” Miller said. “Now, I read a lot and pay attention, but he was a few years ahead of me.”

The two have made a winning team. Miller was best man at Bittner’s wedding. To Miller’s delight, his friend will return to the kitchens of Bar Pilar and Café Saint-Ex for at least a few months starting at the end of the month. Miller had to let someone go, and Bittner has some time to kill.

“It will be just me and him fucking around in the kitchen,” Miller laughed. “I definitely have a different style than him and a different approach than him. Justin went to culinary school and worked under great chefs.

“I’m a little bit looser. I’m not scared to throw a couple of combinations together where he would be like, no, no, no. –But it’s good man. It’s fuckin’ good!”

A big part of Miller’s charm is that he doesn’t censor himself. In conversation or in the kitchen! A special being offered on the day I visit him at Bar Pilar is bone marrow and Cashel Blue cheese macaroni and cheese with a fish sauce mignonette.

“We took two days to actually sand down all the bones to clear them out, so we would fill the bone with the mac and cheese and roast them too. It looks really nice, and it’s so good,” Miller said. 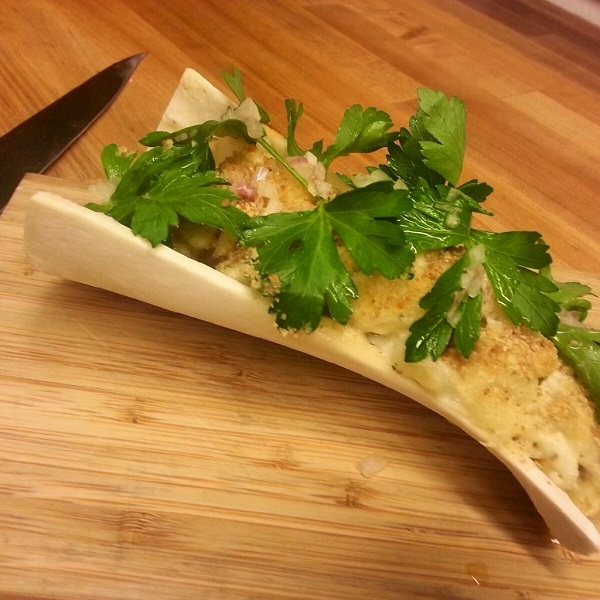 You can see Miller’s derring-do all over the menu of Bar Pilar, where he’s always trying to keep things fresh.

“I don’t know anyone else who’s using lamb belly in their bolognaise,” Miller said. “It’s freaking’ amazing, man. It’s spectacular because the fattiness of it just helps the dish out, more than you would ever think.

“It’s the only thing we are allowing to be a staple on the menu right now because we have gotten enough praise,” he said.

Anything else on the menu can change at any point, and at least three things a week change. Miller has broken the menu down by categories of meat, fish, vegetables, etc., and he keeps at least five dishes in each category.

When he runs out of something or something grows stale, he takes the opportunity to try something different.

“I have an opportunity to run two kitchens! I should be testing things out,” Miller said.

He added, “I have no concept. I really don’t. We’re open to anything.”

As its name clearly states, Bar Pilar, named for Ernest Hemingway’s boat, is first and foremost a bar. But Miller said his kitchen sources only the best ingredients, which sometimes goes unnoticed among casual barhoppers.

Take for example, the Green Circle Farms chicken, which Miller fried into chicken sliders at the time of our interview. He gets about 10 of the Amish-fed rare birds per week, and he keeps his eyes open as to how he might do something different with it.

Chickens at Green Circle Farms feed on scraps from the best restaurants in New York City, including Thomas Keller’s Per Se and Gramercy Tavern, Miller told me. Miller is the only customer for the chickens south of Philadelphia at the moment.

When Bittner was at the kitchen of Bar Pilar, he favored fried chicken, inspiring Miller to plan a conversation with Bittner about frying up whole chickens with his friend when they return.

Bar Pilar has a small kitchen and a small fryer, and it would take at least 40 minutes to fry the whole chicken–complete with head and feet—but Miller is really enthusiastic about the idea, and he thinks Bittner will be as well.

“He just wants to hang out and cook, but I know if I get the ball rolling, he’ll get excited too and I can pick his brain a little bit,” Miller said.

Like many chefs I’ve visited in this series, Miller has some enthusiasm for offal and parts of the animal that were not traditionally used in American kitchens. His current menu offered sweetbreads and beef heart tartar, for example.

Diners at Bar Pilar eat it up.

“If you cook it and treat it right, it takes amazing,” Miller commented.

As a young chef, Miller did not appreciate sweetbreads. Wherever he went, he would try them and they were “horrible and bitter.”

Then one day, he ate some prepared by Doi Moi head chef Haider Karoum (who works across the street after all), and he was blown away.

What did you do? Miller asked Karoum. Karoum replied he simply soaked them in milk the day before, removing some of the bitter flavor Miller disliked so much.

“Was it a whole process? No. All it takes sometimes is one extra step to make these things taste good,” Miller said.

I’m struck by Miller’s enthusiasm for learning. He soaks up everything around him.

“It’s cool because the longer you do this, the longer you stay in the same place, the more chefs you meet. I have a nice tight community of seven or eight guys that I shoot the shit with. They stop in every now and then and I go to their spots whenever I can. I text them constantly,” Miller elaborated.

Miller praises Will Morris of Alexandria-based Vermilion, who always has good advice or a book.

“He’s one of the nicest and most genuine people I’ve ever met, and also a bad-ass chef. He’s always ready to help,” Miller said.

All signs suggest Miller will be around a while. He recently bought into the ownership group of Bar Pilar and Café Saint-Ex.

“I cannot imagine working with another group as far as that goes unless it was just mine,” Miller said, suggesting that he may strike out on his own some years down the road.

But at 30, Miller is still quite young. And as he continues his growth as a head chef, he occasionally surprises himself. For example, these days he favors turning down the music in the kitchen

“I love music. It fuels everything,” Miller said. “But I will say as I’m getting older, and I’m in the kitchen more and trying to refine my guys, I’ve been turning it down a lot more.”

Guys, this isn’t a fucking club! Miller tells his crew.

What does Miller listen to? He cops to a generic answer–“everything” before gushing about underground hip hop, and Sage Francis in particular. His new album, Copper Gone, is phenomenal, Miller said.

“The guy is getting older and older, and it’s possibly one of his best,” Miller declared. “There might be one song I skip over! He doesn’t have a single album that I’ve ever felt that way about.”

Bar Pilar is just a few doors down from the Black Cat, a popular concert hall, which is well known for its punk shows. Has that expanded his horizons at all?

“We have a really large punk following here,” Miller acknowledged. “They are teaching me a lot about it because I don’t know dick about it. Some of it’s good; some of it not so much.”