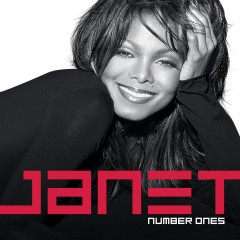 As you may have heard by now, Washington DC has been voted by fans as one of thirty-five cities around the planet to play host to an intimate concert by Janet Jackson. On March 22nd at DAR Constitution Hall Janet will perform all of the songs from her singles collection, “Number Ones”. For Janet Jackson fans this will be the concert of a lifetime. Even my old school “Rhythm Nation”-loving self is getting pretty excited!

What you may not have heard about yet is Ms. Jackson’s invitation to nominate 20 young leaders from the DC area to receive the VIP treatment at the show as a reward for their contributions to the community. I think I’ll let Janet explain it herself:

“In each city I want to meet 20 young leaders who are changing their communities for the better. Please contact janetjackson.com so that I will know who is making a major difference in your city. I’m asking my fans and their friends, Parents, relatives, neighbors and teachers to nominate five people to qualify as one of the 20 under 20 in each place I will perform. At each concert the 20 people chosen and the person who nominated them will be VIP guests at my show. I will invite the 20 sponsors and the 20 winners to the concert and backstage. There are many young people changing the world and I want them to be recognized during my tour. I want them to be my guest at my show and they will come backstage as I learn from them how young people are changing the world. You all know someone who is making a difference, so get in touch. I love you all and I can’t wait to be back on stage, I’ve missed you,” –Janet

Wait, the sponsor gets to go too? Does anyone have a spare over-achieving nephew, niece, son, or daughter that I can borrow on March 22nd?