Pure energy. What else can I say?

END_OF_DOCUMENT_TOKEN_TO_BE_REPLACED 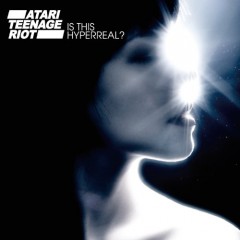 This Saturday Alec Empire brings his reconfigured and reactivated digital hardcore terror cell, Atari Teenage Riot, back to the 9:30 Club for the first time in over a decade. For old school DC-area fans like myself, this show is Alec bringing ATR back to the place where all the DHR madness began. For a whole new generation of fans, Saturday’s show is a chance to see this truly ground-breaking ultra-heavy beat attack squad for the first time.

In 1997, Atari Teenage Riot played to a painfully empty 9:30 Club. In 1999, they returned and played for a sold out club packed with FANATICAL fans. I was at both shows. From what I have seen at 9:30 Club over the years, the ATR ’99 show is unmatched in its aural intensity and audience insanity. As far as I’m concerned, Atari Teenage Riot left their mark on that place like no other band. Atari Teenage Riot returned last year with a very intimate, in-your-face show in Baltimore where they proved that the band sounds just as alien and aggressive as ever. Last year, I thought that show was a quick victory lap celebrating Alec Empire’s impact on digital music making. But then I caught ATR in London this May and they sold-out a club the size of 9:30 Club, proving (internationally at least) that their political-rant, digital-noise approach still has a strong following. I am really curious how their 10-year hiatus will affect their ability to fill the 9:30 Club this Saturday. Will it be another (almost) personal viewing like in ’97 or will it be a jam-packed, orgy of beats and violence ala ’99?

Based on the two recent ATR shows I’ve seen, one thing is certain; regardless of who does or doesn’t show-up on Saturday, Atari Teenage Riot is going to bring the noise in a way that few are capable of matching. This one is a can’t miss for fans of extreme music, electronic innovation, and good old fashioned musical catharsis.