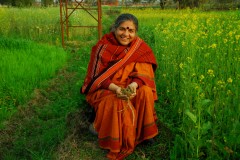 Break out the organic popcorn — the Environmental Film Festival is coming. From March 16-28, you can see up to 155 films from 31 countries. This year’s theme is the connection between food and the environment.

Going Green DC has a good wrapup of the festival’s global and local highlights. A Road Not Taken, which talks about the solar panels that once graced the White House roof, is another of the 13 local films.

So are Not a Distant Beast and “River of Hope”: Welcome to our City, Mr. President, which share the story of locals’ relationship with the Anacostia River.

This year, the festival received funds to offer additional free screenings to young and underserved audiences at libraries, museums, and theatres throughout the DC area. A launch party takes place March 10 at the Warner Theatre.