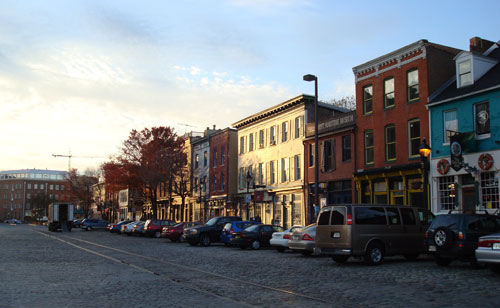 Home to the Fells Point Ship Yard, area shipbuilders produced world renowned schooners (aka Baltimore Clippers) whose easy handling and quick speed helped U.S. Privateers plunder British shipping vessels during the late 18th and early 19th centuries.During this era the shipyard also produced the USS Constellation, a 38-gun frigate that was the first US Navy warship to engage with, defeat and capture an enemy. However, make no mistake; this vessel is not to be confused with the same named 1854 sloop-of-war that now resides in Baltimore’s Inner Harbor.
END_OF_DOCUMENT_TOKEN_TO_BE_REPLACED