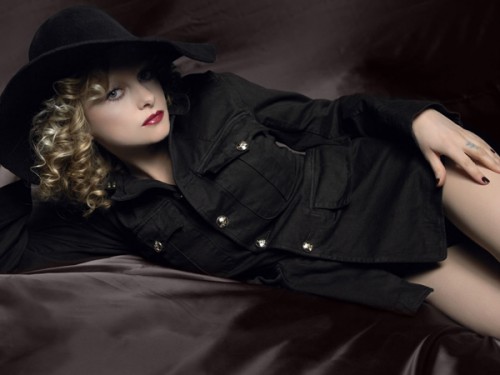 Allison Goldfrapp, the fairy godmother of electro-pop, descended from her pink-chiffon cloud to treat us mere mortals to one hell of a concert at the 9:30 Club on Monday night. The performance was one of the first dates on her U.S. tour in support of her fifth album, “Head First“, but the concert also served as a reminder to the pop-forgetful that she is the best in the biz when it comes to dreamy-vocals set to retro-chic, electro-beats. This summer is ridiculous with its schedule of electro-pop divas visiting DC. From The Golden Filter, to La Roux, to Robyn, and Dragonette each group owes a huge debt to Goldfrapp for putting the pop polish on the synth and keyboard sound that began its revival as the much harsher electro-clash in the late 90’s. Will Gregory and Allison Goldfrapp, the duo that compose Goldfrapp in the studio, have been cranking out great albums since 2000, while Allison and her live band have been putting on terrific live shows full of style and originality that will be hard to forget when seeing their electro-pop descendants perform over the next couple of months. Monday night’s Goldfrapp show took a few songs to really get going but once the band got into their groove it was pure escapist, retroactive, pseudo-futuristic bliss.