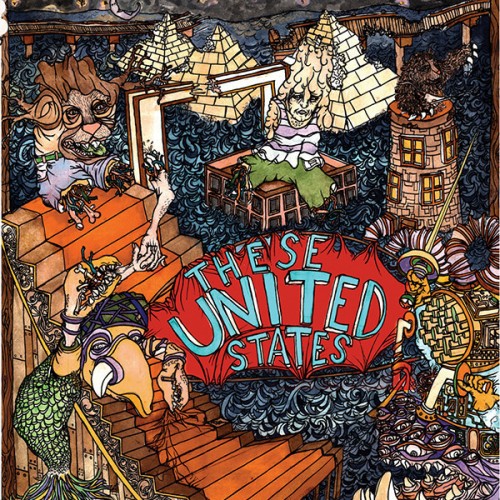 This record makes me want to stomp, holler, daydream and dance. The record is beautifully produced, a shining example of Americana- a lively blend of country sounds, folk, and rock. Jesse Elliott’s lyrics and vocals take you on a journey, weaving and winding from the fast-pasted “Dead and Gone” to the dreamy “Miss Underground” and quiet contemplation of “The Park.”  The sounds that come from J. Tom Hnatow’s guitar and pedal steel are like caramel- so rich, sweet, soulfully delicious. They add a decadence to the recordings that almost makes my ears feel guilty. It’s hard to pick favorites from a record this good (there are no bad songs on this album) but my top songs at the moment are the soulful “Miss Underground”, the classic-rock tinged “Let the River In”, and the jubilant stomp-fest of “Dead & Gone.” But don’t just track-hop this album- it deserves a start-to-finish listening. (Last week I got to ask TUS singer Jesse Elliott a few questions. Check out what he had to say here.) END_OF_DOCUMENT_TOKEN_TO_BE_REPLACED 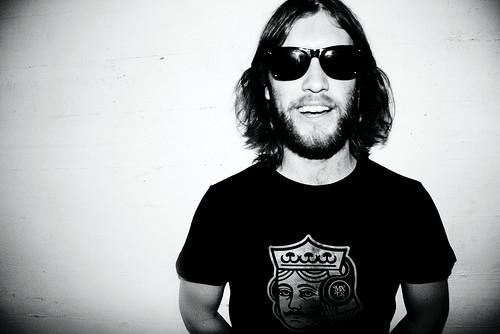 These United States play exuberant, uplifting alt-Americana rock & roll. They formerly called Washington,DC home, but are now based in New York, and spend copious amounts of time on the road. The band recently opened for country legend Willie Nelson, and are touring now in support of their fifth studio album, the eponymous These United States. They’ll be making a stop to play Black Cat this Saturday, July 7th. This week TUS frontman Jesse Elliott offered WLDC’s Alexia Kauffman a little peek inside his mind. Check it out here.

Jesse: Honestly, it was like soccer, or math club, or all these strange things we got signed up for when we were very young and couldn’t possibly know any better and they turned out to be these beautiful human endeavors that people had been doing for centuries, just a goal and a ball and a bunch of other humans to kick it all around between.

Alexia: Was there any artist or album that first sparked your love of rock music?

Alexia: You all were based in DC for a while- what was the catalyst for your move?

Jesse: We were moving around so much, it just made sense to keep moving. we had one foot on the platform, at one point, and then all of a sudden both of them were on the train, and we couldn’t say why, but even the platform looked perfect in the distance, from that far away – so why not?  END_OF_DOCUMENT_TOKEN_TO_BE_REPLACED