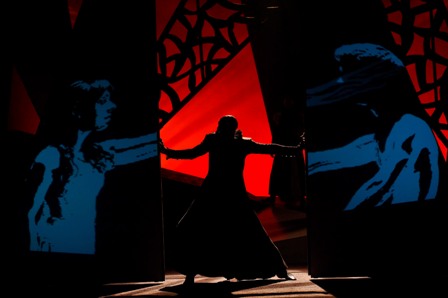 Here Othello’s polished veneer of self-control masks a deep wound into which Iago writhes like a parasite, whereas Iago’s wound is shown to us right from the start. As they are so entwined, they are equally the focus. This is a production marked by psychic pain so palpable it made me shake. It’s also fast, frenzied and exquisite. END_OF_DOCUMENT_TOKEN_TO_BE_REPLACED