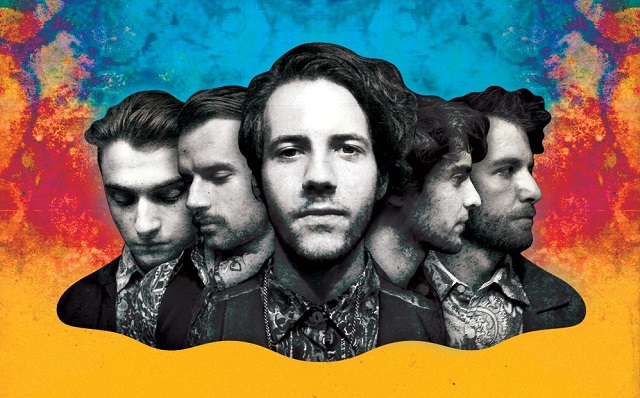 DC9 is hosting a strong bill of indie dance bands on Sunday, June 1, featuring Canadians Nightbox and Brooklyn’s Rush Midnight — both of whom have recent releases on Toronto’s Last Gang Records (notably home to Chromeo and formerly to Metric, Crystal Castles and other amazing bands).

Nightbox formed in Wicklow, Ireland, before relocating to Toronto in 2010. They have released several EPs, most recently The Panic Sequence, which the band produced and wrote with the assistance of from Al-P of MSTRKRFT and from Sebastien Grainger of Death from Above 1979.

I saw the band open for Albert Hammond Jr., guitarist of The Strokes while on a solo tour, at U Street Music Hall on Nov. 3. Their material is smooth and crisp, and it sounds very much like what you would expect from folks who work with dance collaborators like Death from Above and MSTRKRFT. Their sound makes them musical cousins to the likes of Holy Ghost! and Two Door Cinema Club, in my humble opinion, and their performance is very much that of a “polished” rock band.

Rush Midnight, born Russ Manning in Brooklyn, likes to keep things a little funky. He confesses to listening to Michael Jackson and Kool and the Gang when he was younger, but he also takes inspiration from likes of The Police. Rush Midnight released his first full-length, a self-titled 11-track record, only on Tuesday. He debuted a video for the song “Closer” last month.

Nightbox and Rush Midnight are joined by Philadephia’s Bel Heir. Buy tickets at Ticketfly or at the door.